Hey, remember Cargo? Well here’s an update – and some information about his route for those of you who may be traveling from Vegas to Reno on U.S. 95 anytime soon. 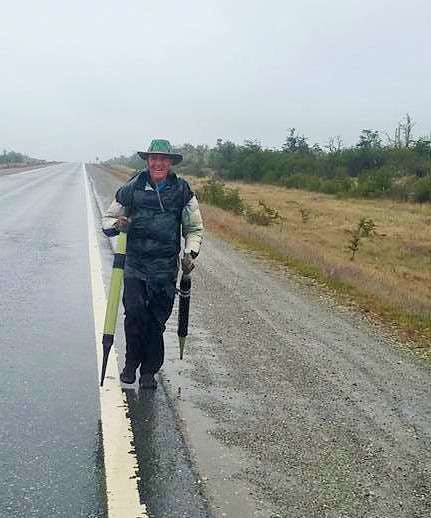 We talked to Cargo a couple days ago, he’d made it from Arizona to Vegas since the last time we chatted. He was still having trouble with blisters, and had stopped in Vegas to visit his brother and buy shoes. Again. I guess when you walk a gabillion miles you wear out a lot of shoes, and quite possibly your feet entirely, but this hasn’t deterred Ol’ Cargo too much. He’s determined to make Oregon for Christmas, and even with the foot troubles, he’s still on track. (The shoe saga is really worth following on his Facebook page.)

One thing he’s recently had a little trouble with is finding water along the way. He had a couple of bad days in the Arizona desert, and he’s got some pretty desolate country to pass through on foot between Vegas and Reno. He’s relied on the people who leave water along the way, or water he finds along the way, to hydrate and keep him going.

Posted by Cargo, hiking from Ushuaia to Prudhoe Bay on Friday, November 24, 2017

Harrison has walked somewhere close to 7,000 (as the crow flies, not actual walking) miles since last December, when he started hiking due North from Ushuaia, Chile, with a goal of making Prudhoe Bay, Alaska on foot, as unassisted as possible. That’s more than 14,000 miles, y’all. On foot. And be advised, this mileage is estimated, because it doesn’t account for the places he’s had to zig-zag and travel in circles around to get through. (I know that makes sense to anyone who has delivered to the caves in Missouri.) 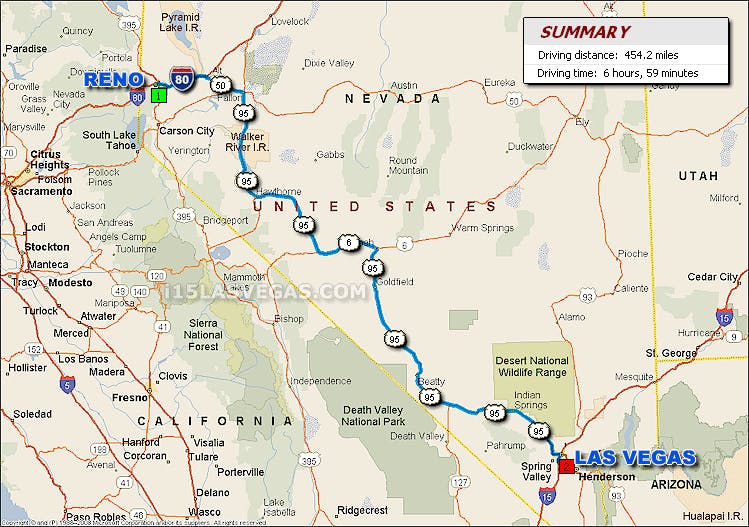 Anyway, he’s made it this far fairly unassisted, but the lack of water and resources in the desert has him worried enough to consider hiring a support car, which really bums him out.

So I told him I’d post his route for the truckers, because if there’s anything truckers do well, it’s make sure Cargo gets from point “A” to point “B” safe and healthy. (See what I did there?)

Cargo (Holly) Harrison lit out of Vegas on foot, traveling North on U.S. 95 toward Reno, and Lord willing and the creek don’t rise, he’d like to make Reno in two weeks. He won’t take a ride, but he really does appreciate anyone who has the time to pull off and leave him water, or information about stops that might not be on mainstream GPS, which is what he relies on for his stop planning and information. I told him truckers were a wealth of information the GPS doesn’t have – especially about out-of-the-way stops and places to get water.

If you see him, and you have the time, help him out. He’s holding off on the support team for now, and I believe there are enough truckers rolling between Vegas and Reno to keep him from having to on this leg of the trip.

We’ll keep you posted — or even better — you keep us posted. Let us know if you see him. 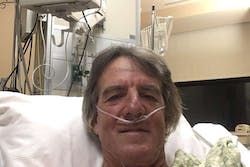 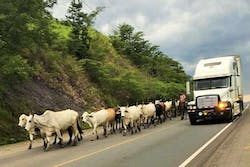 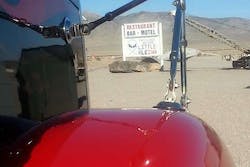 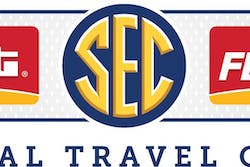