“The hot states map for vans pretty much tells the story” of the last week on the spot market, says DAT’s Ken Harper. “Other than Massachusetts and Florida, this is one time that being in the red augurs good things for truckers. The national van average rate is back up to $2.09/mile post-Thanksgiving, and the load to truck ratio is a record 9:3.”

Van hot markets: It’s hard to remember ever seeing the Hot States Map for vans looking like the one for last week. Almost every state was deep red, with truckload demand outpacing capacity. Still, van rates adjusted to the final push before Christmas, with some previously hot markets on the West Coast starting to cool as freight moves farther east. Denver’s outbound average was up 6 percent, while retail freight pushed prices higher out of Columbus, Ohio. The “final mile” for a lot of retail loads is out of Allentown, Pa., and outbound rates rose there as well.

Not so hot: Many lanes saw rates step back last week from what had been all-time highs. For example, Chicago to Buffalo, N.Y., was down 39 cents to an average of $3.13 per mile. Stockton, Calif., was an example of one of the West Coast markets where pricing slipped, with the spot market adjusting to the eastward shift in demand.

Reefer hot markets: Rates in any major markets for refrigerated freight were down last week, but prices out of Nogales, Ariz., near the Mexican border ran counter to that trend, up 7 percent overall. Outbound rates from Chicago were generally down, but the lane to Denver paid 32 cents better on average at $3.20 per mile.

Not so hot: Similar to vans, many reefer lanes came down from some unseasonable highs. The average rate on the lane from McAllen, Texas, to Atlanta tumbled 80 cents to $1.98 per mile. Demand for potato shipments fell after Thanksgiving, so rates on many of the lanes out of Twin Falls, Idaho, came back down to earth.

Averages on the lane from Los Angeles to Denver dropped last week for both reefers and vans, while Denver to L.A. rates rose. The rates out of Denver weren’t enough to make up the difference on the roundtrip, though. You’ll still average $2.18 per mile for reefer loads. For more loaded miles at a higher average, see the triangle example splitting the Denver-to-L.A. return below: 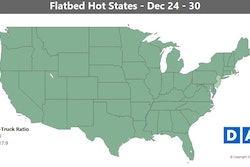 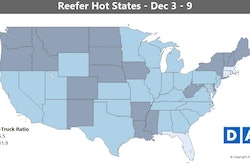 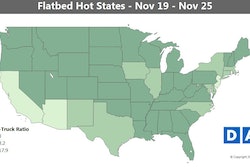 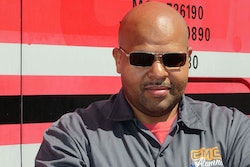