Senate candidate Joe Arpaio was fresh of a town hall event in Prescott, Ariz., when he came to Nashville, Tenn., to visit his brother and, this past Saturday, March 31, a group of around 20 truckers brought together by the ELD or Me/TruckerNation.org group. ELD or Me, cofounded by trucker/singer-songwriter Tony Justice almost a year ago with a goal of rallying drivers around opposition to the Federal Motor Carrier Safety Administration’s electronic logging device mandate, was forced into a venue change at the last minute, as the originally booked venue cancelled in the face of threats from various quarters that accompanied the controversial former sheriff’s scheduled appearance, organizers said.

In a conference room at the Hampton Inn adjacent to the original venue, Arpaio sat down with small groups of drivers and got a bit of an education on an issue to which it was clear he’d not had much exposure — the ELD mandate.

It didn’t take much time for him to understand what he called the “big brother” concerns of those in the room opposed to the mandate. “Going back, I have a lot of respect for truckers,” he said during an hour-long talk. “When I was the sheriff [in Arizona’s Maricopa County] we had a couple big trucking companies” in the area, Arpaio making reference to Arizona-headquartered Knight and Swift, now merged. “What I did was mobilize some of the drivers as part of my posse,” more than 3,000 citizens deputized to “call into our dispatch if they saw something unusual. I know you have a problem with this ‘big brother’ electronic log. … Where is the privacy? What are we coming to?”

Organizers of the event were hopeful hosting the controversial Arpaio, well-known to be a “big supporter of the President,” as he said Saturday, might be an avenue toward getting anti-ELD mandate views closer to President Donald Trump, as Justice also told Overdrive in the run-up to the event. Though the largest part of his working life was spent in law enforcement — with the federal Drug Enforcement Agency and as Maricopa County Sheriff — Arpaio early on noted his own history as a small businessperson with a travel business he and his wife ran “some time ago…. You work hard and make money, but there’s so many restrictions.”

Given more than 80 percent of the businesses in the United States are small businesses, Arpaio said, “you’d think you’d want to enhance” those businesses’ ability to operate. Yet lawmkers and other officials seem to have piled on “red tape [to] curtail your activities and play to the top people with the money – for their own interests, so they can make money. ”

Independent owner-operator Ingrid Brown, based in East Tennessee near the Tennessee-North Carolina border, emphasized that, with “everything that’s going on with ELDs … I’m watching everybody in this room, and every single one of us is facing the same thing. They’re demolishing every bit of our freedom.”

In some ways echoing many truckers’ call for a bona fide industry rep with trucking experience at the top of the FMCSA, Arpaio doesn’t see many cops in the Senate, he says. “I want to go to Washington and be the only cop in there.”

Trucker John Allen, part of the group of truckers who met with FMCSA during last October’s ELD protests, asked whether truckers could depend on Arpaio to advocate for them should he win the Senate seat he’s running for. “Can we honestly in our hearts and in our minds know that when you become Senator [you will] look into the industry” to address truckers’ concerns? he asked. “We’ve been trying to work with the government … to set up our own little ‘posse’ to help them make the rules and regulations.”

“I’m going to give it a shot,” Arpaio said. “I have one ace in the hole – right there.” He pointed to local Fox 17 news cameras at the back of the room. “You can move mountains through the press.”

Other than Overdrive and the trucking-specific online Transportation Nation Network, the Nashville-local Fox affiliate was the only media in attendance.

Andrea Marks, an administrator of the ELD or Me Facebook group and TruckerNation.org site, and the wife and daughter of truckers, noted theirs and other groups are “really struggling fighting against” lobbying interests in D.C., “the people with the money – they’re the big barkers. … How do you fight against that pay to play” landscape of big lobbying dollars in Congress and elsewhere in D.C.?

Arpaio suggested demonstrations across the nation, like those that took place last October and following, which garnered some media coverage but most of the only local variety.

Been there, done that, noted those in attendance who’d been a part of the October efforts.

“You’ve got to throw a hook in there” to really get people’s attention, Arpaio said. “The hook will be the economy. The president wants to build the economy, and by going after you it’s not helping it.”

It “seems there’s a page missing out of a playbook” when it comes to the President’s focus on the economy, Justice said. While he’s placed a lot of emphasis on “the steel industry and the coal industry, without the truckers” those products don’t move. “We’re what transport those industries – what sense does it make to lift their regulations and tighten the binders down on us, to help one and not the other.”

Arpaio admitted that, before Saturday, “I was in the dark about the occupation [of trucking], but I wish you could get the word out more to the public so they could respect it, if they knew the intricacies of the business. This is a public relations thing – you’ve got to get the word out.” 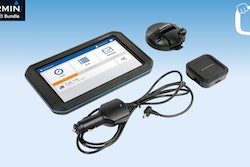 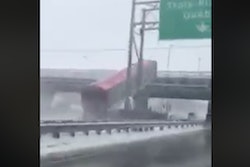