National average spot van and refrigerated freight rates slipped again during the week ending April 13 as the number of load posts fell 4 percent while truck posts increased 3 percent. The arrival of produce season in several southern markets failed to make up for the effects of more capacity and bad weather across much of the country, said DAT Solutions, which operates the DAT network of load boards. 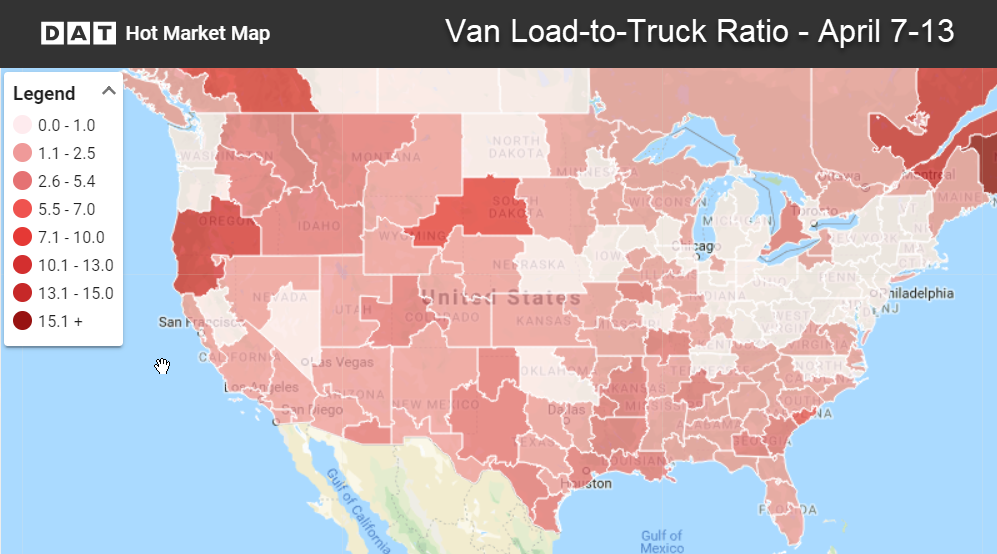 Trend to watch: Produce markets
California’s Imperial Valley is underperforming for reefer freight — last week the average outbound rate from Ontario was $2.51/mile, down 8 cents, on 9 percent spot market lower volume. Florida is improving by DAT’s numbers, but not fast enough for plenty out there, as conversations with more than one produce hauler have evidenced in the past week. Volumes in the broader Lakeland market spiked nearly 27 percent last week, compared to the previous week, but the average outbound rate climbed just 2 cents to a paltry $1.57/mile.

That market this week could well trace the pattern set by Miami, where a big jump in volume two weeks ago was followed by a later gain in the average spot reefer rate ($1.80/mile, up 13 cents). Two Miami-outbound lanes set the pace:

Market to watch: Major van lanes
Spot van rates are soft, with pricing lower on 76 of the top 100 van lanes last week. Outbound rates were down from Los Angeles, Columbus, Ohio, Philadelphia, and Charlotte, N.C. Charlotte to Allentown, Penn., gave up 13 cents to $2.08/mile, and rates fell on two Buffalo-inbound lanes: Columbus to Buffalo, down 19 cents to $2.66/mile, and Chicago to Buffalo, off 19 cents at $2.31/mile.

As intimated above, van load-to-truck ratios have not held up after a promising start to April, with the national average sitting at 1.3 loads for every available truck. The good news is that load counts rose nearly 5 percent in Chicago and Houston, and more than 3 percent in Los Angeles last week — all major markets for spot van freight.

Bonus market to watch: Twin Falls
You can say Twin Falls, Idaho, is part of the nation’s breadbasket, but it’s more like the country’s fridge, home to major food processors like Chobani yogurt, Glanbia cheese, and Falls Brand meats. It’s also integral to the U.S. potato supply. Last week there were more than 1,200 load posts in the Twin Falls market and just 71 truck posts as supermarkets stock up in advance of the Easter holiday. 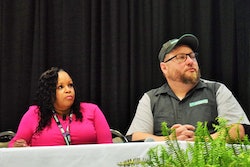 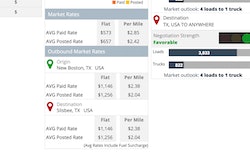