Oversize/overweight permitting and ‘harmonization’: State of the states, and technology

A few panels last month during the Specialized Carriers & Rigging Association‘s annual transport symposium looked at the long decades of slow progress toward some semblance of state-to-state harmonization when it comes to oversize and overweight permitting. While the SC&RA’s Uniform Permit Transport 2021 initiative, ongoing now for almost two years, has seen some success with new states coming aboard with its goal of state enabling of auto-issue permitting for non-divisible oversize or overweight loads, plenty outliers remain.

Progress toward automated permit issuance has been substantial over a longer period, the last decade, noted current SC&RA President Ed Bernard. In 2010, he said, only a few states did such — now the number’s well over 30, in some cases “for loads of 200,000 pounds or more,” and with varying width and length. The U.S. Department of Transportation measures state auto-permitting processes based on a minimum 150,000 lbs. threshold, 14′ wide, 14’6″ high and 110’ long. In 2017, before UPT was launched, 20 states met that threshold, with another 10 having some form of automated permitting in place. Since then, another 6 have added auto-issue systems, Bernard emphasized.

The goal of the UPT initiative is ultimately about simplicity, with the potential to free up state resources in order that dollars can be put to road and bridge improvement efforts that could ultimately result is more practical oversize/overweight routing. Scott Marion, retired from the Missouri DOT, has made the case for permit harmonization between the states and with states by using this slide in presentations to higher-ups:

The barriers to harmonization in the outlier states, Marion added, are several in number, and mostly have to do with the status-quo inertia endemic “government bureaucracy. Every state has their own permitting rules, and it’s tough to get 50 states to agree on everything.” Some rules might require a legislative change, for instance, and state geographies present their own unique complexities, as do the nature of the construction of bridges there. Likewise, aside from efforts like those of SC&RA, harmonization just hasn’t become “a national priority – a lot of state DOTs … want funding so bad they don’t want to bring up the subject of big oversize loads, because that scares the public. They don’t even like to mention it.”

Illinois, said Geno Koehler of the Illinois Department of Transportation, has moved to automated single-trip permitting, and their system might serve as a model for states who’ve not made the move. “We started at 120,000 pounds and auto-routed carriers through the state,” he noted, saving state taxpayers mightily on personnel costs with permit office job staff reductions. The state DOT, utilizing a software system by Bentley, then boosted the weight threshold to 150,000 lbs., covering around 90 percent of all permitted loads. “Our bridge engineer then allowed us to go up to 299,999 pounds, covering the vast majority of permitted hauls.

“We’re down to three technicians issuing permits manually, and now I’ve got a person to sit down and talk to each one of you” when loads arise that don’t fit the schema for auto-issue permits, Koehler said. The system is linked up with state law enforcement systems. “They can easily see what kind of permit you have or what violations/out-of-service issues” may be extant.

As more states come on board with auto-issue permits, technology platforms like those of ProMiles and third-party permit services like West Coast Permits continue to improve functionality for carrier users and their state counterparts when securing permits. Wes Mollno, WCS President, speaking as part of a panel that explored the next 10 years of permit-enabling technology, guessed that for compliance, states would continue to jump on the bandwagon of allowing electronic permits via mobile devices, reducing the need for drivers to carry paper. Twenty-six “states are allowing it today,” he says. “Two years ago I don’t think there were any.”

Integration of a variety of techs is underway, with GPS and route planning applications integrated with permitted trips to help guide you on your permitted route. In 10 years, panelists noted, such will be commonplace.

Mollno’s WCS Permit Portal today and accompanying mobile app for owner-operators in the field connects back-office support in the permit department and dispatch through a central online engine. Mollno calls it “integrated permitting,” part of which is using technology to help define each party’s role in the process, making a central place where deadlines and details of the project are accessible to everyone involved and all parties can access status updates as the load moves. “Everyone should have access to what’s going on with the load during and well after — particularly sales, afterward,” in efforts to further cement relationships with clients.

Integrated permitting allows the permit writer to order an Ohio permit, for instance, and continue to the next state along the route in Pennsylvania, and “specifically send it to our service – it allows for a little bit of guarantee with regard to compliance,” Mollno says, and the “system will auto-text and email to view the permits.”

Mobile technologies have really changed (and continue to change) the permitting game for the small fleet owner over the last 10 years, yet the old ways survive for some carriers and some jurisdictions’ permit departments.

“Not all states will automate routing,” for instance, predicted Tim Pilcher, president of support and development for ProMiles, looking out over the next 10 years. And: “the last fax ever sent will be an oversize or overweight permit, but they will be few and far between.”

Pilcher’s company and Mike Morgan of Pit Row Transportation Solutions have collaborated on Permit Manager software that brings dynamic change notifications and collaborative management to the permitting process, in a manner similar to the WCS Permit Portal in some aspects.

“It helps you route loads across multiple states with nationwide routing for oversize and overweight permits,” said Morgan. Looking out into the next 10 years, he sees it becoming increasingly common for such systems to integrate more fully with state systems to make it easy for a small fleet to “physically order permits from the multiple programs from each state [including local jurisdictions] with one click of the mouse – order as many at one time as you can.”

Harmonization of state permitting rules will help advance the ball, but in terms of technology and interoperability with private systems, Morgan added, states are “doing their own thing” largely speaking – “technology can really help with that.” 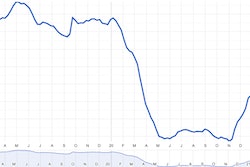 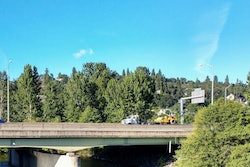