This week’s rates/volume update will not come as news to any owner-operator relying on spot freight from brokers, given widespread reports of dollar-a-mile truckload offer rates — and a very tough market, generally speaking.

It makes absolutely no sense to “run our truck for $1.25 or 98 cents a loaded mile,” said owner-operator Daniel Snow, who hauls with his authority in a team with his wife, Phyllis. The Snows were considering options for aid, whether unemployment or federal forgiveable loan assistance, though at the moment the SBA’s Paycheck Protection Program loans are on hold as Congressional appropriations had run dry as of yesterday.

“There’s a lot of frustration out there,” says Perry Falk, Senior Vice President for Carrier Operations at the NTG third-party logistics group, which brokers between carriers and shippers of all shapes and sizes. Falk says the easy availability of data has shown shippers very clearly their market position, and some of them have rushed to take advantage after experiencing quarters in recent memory where their transportation costs had only seemed to rise. In those times, the demand situation was much the opposite, of course, and owner-operators had the pick of available loads from a strong negotiating position.

But — and most certainly unfortunately, plenty are quick to contend — there are those who look on $1/mile freight in this kind of environment and say, as Falk summarizes it, “look, I know this is just a dollar a mile, but I’ll take it” just to have some revenue coming in to cover expenses.

What are the shippers who insist on such a thing seeing? Transparency on rates and demand indicators has grown substantially over the last decade, Falk says. The data tells the story.

DAT Solutions, operator of the DAT network of load boards, notes that for the week ending April 12, load post volumes across segments were down a whopping 42%, and that follows the previous week-over-week decline of 39%.

What’s more, truck postings by carriers searching the boards, after a big spike in volume the prior week, increased again by about 3%, as more regular-route and contract-freight carriers with idle equipment turned to the boards in hopes of competing.

Van ratios drop below 1: The national average van load-to-truck ratio was 0.8 last week, down from 1.5 the previous week — in a mediocre time in a mediocre area, it’s historically hovered somewhere between 2.5 and 5. A ratio below 1 means fewer loads posted than trucks.

Few “hot” van markets: There were just two markets for van equipment last week where market conditions favored carriers: Houston and Laredo, Texas. And only two of the Top 100 high-volume lanes had higher rates last week than the week before.

Reefer traffic falling: There were about 15% fewer reefer loads moving last week during what in a normal year is a week traditionally supportive of more activity and better pricing. The reefer load-to-truck ratio was 1.5 last week, down from 2.6 the previous week.

Rates cool: The average reefer rate rose on exactly one lane in the Top 78 lanes that DAT tracks, and it was out of a traditionally low-rate laggard from Denver to Houston. McAllen, Texas, and Miami were two standout markets for outbound loads, with high load posts and truck searches by brokers, and relatively strong load-to-truck ratios. McAllen stood at 10.1 and Miami was 7.1, compared to the national average of 2.6.

Produce to the rescue? One can hope. More produce is coming into season as other refrigerated foods are being re-supplied to distribution centers and grocery stores at a more normal cadence. Produce volumes have taken a hit, however, because of the sharp decline in demand from restaurants and other food services.

DAT says its working assumption is that conditions should level out over the next couple of weeks and stabilize before certain regional upticks in shipping due to produce harvests. The overall timing and flow of imports will play a large part in this, as will policies around social distancing.

Analysts there are sharing spot market updates related to COVID-19 via this special page.

NTG’s Falk, at least, hopes his dedicated carrier reps can be a lifeline for those operating within its network. “When things were flipped the other way” and demand was strong for carriers, he said, “we pushed to build those relationships with them -– now, hopefully we can lean on those relationships and work together. We can make sure they’re the ones getting loaded. We try to put our carriers on an equal playing field with our customers.” 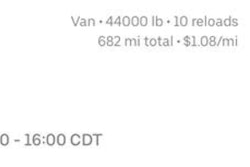 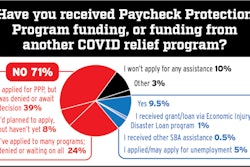 SBA coronavirus assistance: For now, many owner-operators left blowing in the wind 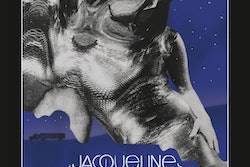 A tough week’s diversion with music, trucking in pursuit of truth 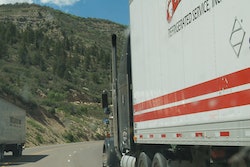 Finding the right freight to outlast the downturn