have been able to stay
active during the spring,
others have not, victims
of extremely low freight
rates and certain niches
hit hard by the global
economic slowdown.

As the economy takes small steps to reopen, what are the biggest issues facing owner-operators and small fleets? As Overdrive posed that question in May reader polling about coronavirus topics, two related responses stood out: freight pricing and cash flow.

Many respondents’ comments blamed brokers for exploiting the freight market’s skewed supply and demand, often citing rates too low to turn a profit on a haul. Many small fleets saw their livelihood evaporate when one or more key customers suddenly closed.

In Overdrive’s mid-May survey of readers, mostly those with operating authority, 26% of respondents checked “totally shut down” to describe their status. Another 52% chose “running far less than usual.” With little to no cash reserves, even before the economy locked up, many business owners faced tough decisions about how, or even whether, to try to remain open.

Among those with a scaled-back operation were Carole and Don Salyer, who run the six-truck Donald Salyer Transport, operated in a partnership with J. Burtt Trucking. Before the coronavirus erupted, Carole said, they had a positive experience with paying back their first two merchant cash advances. MCAs, usually marketed to businesses in need of quick cash and with poor credit, are based on pledging a share of receivables for repayment over a short term.

Carole said she later ran into trouble paying back another MCA, complicated by other finance companies saying they would help her consolidate her growing debts.

“When you’re desperate, you’ll take it, because the banks won’t loan you the money,” she said. Their company is still operating, though at a much slower level than before the pandemic.

The pair did receive a Paycheck Protection Program loan in its second round of funding, which she said would help her and Don keep a paycheck for two months.

A mid-May survey showed half of Overdrive readers had applied for PPP funds, and almost half of those had been approved to receive funds. Many, though, waited with no answer on their application.

Loans other than PPP can be sought from SBA, as well as from financial institutions. A borrower not sure where to start can use an online business loan marketplace.

These services place clients with a lender that appears to be the best match for the client’s level of eligibility, said Brock Blake, chief executive officer for Lendio, which he said is the nation’s largest small-business loan marketplace. “We identify the three to five lenders that are the best fit for that business owner and give them a way to comparison-shop,” he said.

Lendio has worked with many small fleets, Blake said. Among the 300 lenders Lendio has vetted as partners for client referrals, “we have six to 10 lenders that have targeted the trucking industry or transportation,” he said. One of those, though technically not a lender, is TBS Factoring Service, one of the largest factors serving small fleets.

Lenders pay loan marketplaces for leads, so the matching and referral is usually free to the borrower. The process can help a borrower avoid wasted time by steering him away from an application process that may end in rejection.

The most favorable programs involve SBA — the PPP, as long as it lasts, and traditional SBA lending.

PAYCHECK PROTECTION PROGRAM. As of last week, banks were still accepting applications under the second round of the federal PPP, which began April 27. When a small fleet owner demonstrates that the funds were applied in line with the program’s eligibility requirements, the loan will be forgiven. Visit SBA.gov for details on the forgiveness requirements and other guidance.

Since PPP is by far the most favorable lending option for a small business — essentially a grant — online lenders are focused primarily on helping customers apply for PPP as long as funds remain available. Many lenders have suspended or reduced some traditional types of lending because of PPP and COVID-19’s impact on the economy.

An earlier SBA aid program, the Economic Injury Disaster Loan, provided advances of up to $10,000, but it’s now restricted to agricultural businesses.

SBA LOANS. Other than the PPP, the best small-business loan option is the SBA 7(a) loan. You have to work through one of the agency’s approved banks, but the terms are better than what you’d get working through a bank outside of SBA.

“Banks are less willing in general to underwrite and issue loans for small businesses for a couple of reasons,” said Seth Nelson, who leads the SBA lending arm of Fundera, an online business loan marketplace. One is that underwriting costs are more easily defrayed by a big loan. Secondly, “it’s just a riskier segment of the market relative to larger businesses.”

To encourage banks in small-business lending, SBA guarantees 75% to 85% of the loan. “That allows the rates to be lower, which right now are at 6% on the 7(a) loan,” Nelson said in mid-May. The same bank loan outside of SBA might range from 10% to 50%.

Next in this series: Owner-operators’ cash flow crisis: Borrowing outside of SBA, other debt-relief strategies 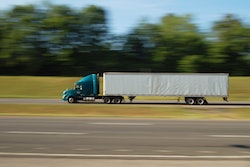