The four finalists are:

The Kenworth T680 that goes to the winner features the complete Paccar Powertrain with a Paccar MX-13 engine, Paccar 12-speed automated transmission and Paccar 40K tandem axles, and includes a 76-inch sleeper equipped with the Kenworth Driver’s Studio package of premium elements.

“It is important for the trucking industry to continue to offer veterans support and career opportunities,” said Laura Bloch, Kenworth assistant general manager for sales and marketing. “As Kenworth’s way of thanking our military veterans for their service, we are again offering a Kenworth T680 as the Transition Trucking: Driving for Excellence award. Congratulations to our four finalists – Ivan Hernandez, Gail Losee, Shaun Mason and Ray Miller – and to the other successful drivers who achieved Top 10 status in this special recognition program.”

The webinar will begin at 5 p.m. Eastern. Drivers can register to attend here.

The company’s Independent Contractor Benchmarks and Trends conference call will offer a recap of the first half of 2020 and provide answers to the following questions:

ATBS President Todd Amen made a similar presentation during an Overdrive’s Partners in Business webinar that opened Overdrive‘s GATS Week in August, highlights of which can be seen below:

Trucker named Highway Angel for pulling fellow driver from crashed cab
Richard Rubio, a Victoria, Texas-based truck driver, has been named a Highway Angel by the Truckload Carriers Association for freeing a fellow trucker from his truck following a crash.

Rubio had recently delivered a load in Houston and was headed south on I-45 with his wife, Barbara, riding with him. Up ahead, he saw a tractor-trailer make an abrupt right turn as it was crossing a bridge. It turned out another vehicle had cut in front of the trucker. 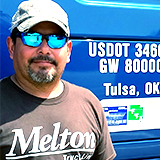 “The only thing that kept him from going over the bridge was a concrete barrier,” Rubio said. “He hit it so hard, it knocked a chunk of concrete off.”

Rubio drove just ahead of the crash, put his four-ways on and ran back to check on the driver.

“The cab was half crushed, and I could see the driver in there. He was trying to get out.” Rubio said, also noting he could smell fuel. “My first thought is we have to get this driver outta here before it catches on fire. I told the driver I would get him out.”

He then ran back to his truck to grab his load bar and proceeded to pry out the windshield. Rubio learned the driver was from Serbia.

“I think we became lifelong friends after that,” he said. “He calls me every now and then. He even invited me to visit him in Chicago. We’ve talked about the accident, and he told me that if he hadn’t turned the wheel hard to the right to avoid the other vehicle, he probably would have killed a family that day.”

For his willingness to help, TCA presented Rubio with a certificate, patch, lapel pin and truck decals. His carrier, Melton Truck Lines, also received a certificate acknowledging their driver as a Highway Angel. EpicVue sponsors the TCA Highway Angel program. 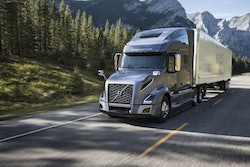 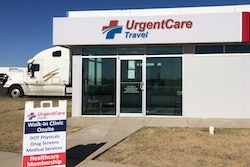 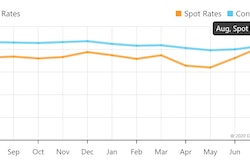