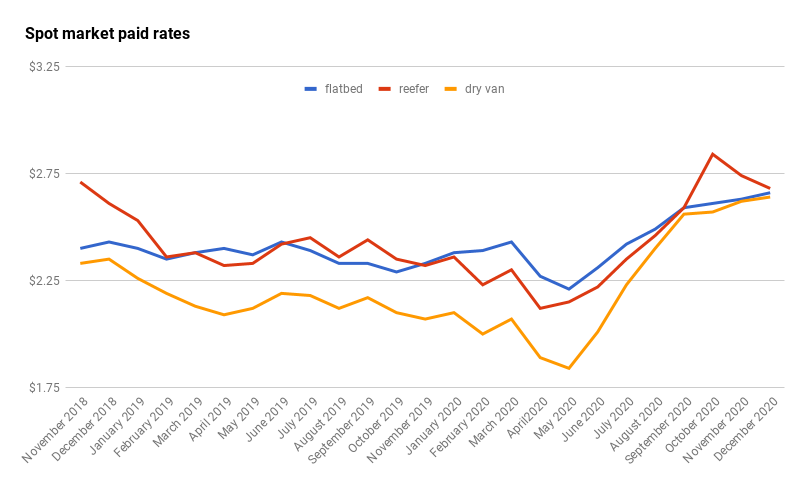 Despite other indicators showing a slowdown in the economic recovery in December, per-mile rates on the spot market for two prominent freight sectors continued to show strength.

Dry van loads averaged $2.64 a mile in December in Truckstop.com’s system — a 2-cent increase from November and an 80-cent jump from May, just seven months earlier. It was van’s strongest showing in two and a half years, since July 2018.

Flatbed rates, likewise, climbed 3 cents in December to $2.66 — a 45-cent gain from its recent low point in May. It was also a multi-year high mark for flatbed on Truckstop.com’s board, hitting its best monthly average since September 2018.