Diesel prices projected to remain above $5/gal into 2023

The Department of Energy’s Energy Information Administration in its monthly Short-Term Energy Outlook released this week revised its outlook for retail diesel prices for the fourth quarter of 2022 and the beginning of 2023.

EIA said it expects national diesel prices to average more than $5 per gallon for the rest of 2022. EIA’s national average for a gallon of on-highway diesel was $5.33 during the most recent week ending Nov. 7.

The administration said it does expect a slight contraction of the U.S. economy to bring distillate prices down in the first half of 2023, however.

So much for owner-operator hopes of pricing relief, a shock made worse for independents who rely on spot market freight in recent times, as rates haven't kept up with fuel costs.

A market to watch: Houston vans headed west | Last week there was a 14% increase in the number of outbound van loads from the Houston market compared to the previous week. Among the destinations most in demand were Los Angeles, Phoenix, and Ontario, California. This year Port Houston has experienced an influx of freight diverted from the ports of Los Angeles and Long Beach, which has led to longer container dwell times and congestion. Port Houston announced plans to charge $45 a day for each container that exceeds seven days of dwell time, and even higher fees when dwell time becomes excessive.

There’s a strong need to move loads and equipment out of the port on top of whatever other freight is moving out of Houston warehouses and distribution centers in advance of the holidays.

TravelCenters of America has opened the nomination period for its 2023 TA Citizen Driver Contest.

Each year, TA hosts the contest as an initiative to give back to the trucking community. It recognizes over-the-road truck drivers who evoke public respect for the truck driving profession.

Families, friends and coworkers can nominate a truck driver who exemplifies a strong work ethic and character through the online nomination form through Dec. 31.

A judging period will be held following the entry period, and the winners will be announced March 31 at the Mid-America Trucking Show in Louisville, Kentucky.

Doug Smith and Susie Deridder were recently announced as winners of the 2022 TA Citizen Driver contest. Each Citizen Driver annually gets to choose a TA, Petro or TA Express location to be dedicated in their honor. 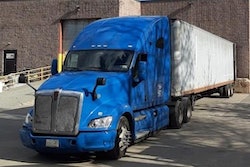 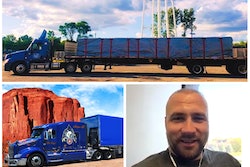 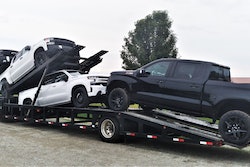