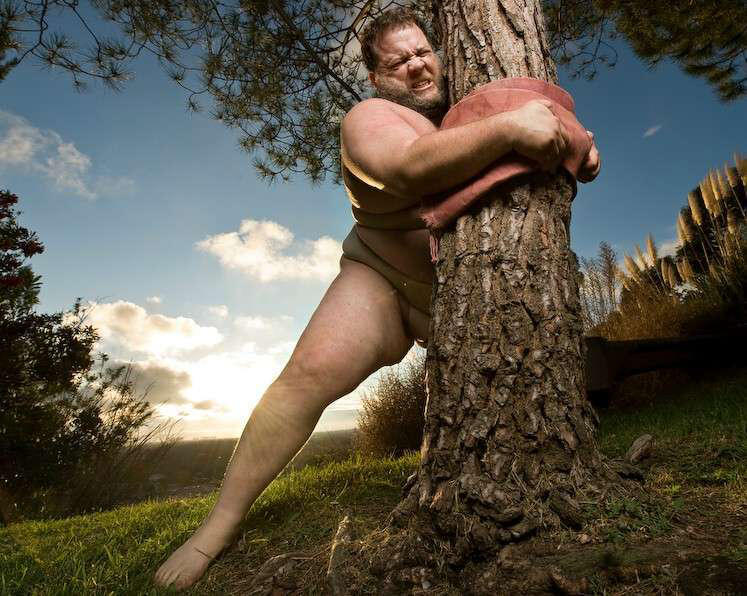 If rumored body-mass-index caps ever become a reality for interstate truckers (however doubtful that is), 420-lb. Kelly Gneiting (pictured, as featured in a Feb. 2009 edition of ESPN magazine) may well be there to prove the regulatory faults. As a sumo wrestler, he’s in top shape, he said in this recent story, on the website of the Denver Post. You might not know that the three-time U.S. sumo champ is also a potato hauler, based in Idaho, of course, and according to the Post he will represent the U.S. in the August World Sport Accord Combat games in Beijing, which he’s done in different competitions “on six different occasions.” He’s been ranked among the top 10 world sumo wrestlers in some of these, too.

In the short documentary below, by filmmaker Micheal Shaw, Gneiting faced his “biggest challenge” ever when he prepared for the Los Angeles marathon. He eventually finished it, too, in 11 hours altogether, running a good chunk of the miles.