Remember the “12 Days of Truck Centers Christmas” sweepstakes I posted on back in late November? Well folks, we have a winner, the Illinois-headquartered dealer network reports. Or “winners,” I should say, as the grand prize winner was chosen from a month’s worth of daily giveaways to drivers from 12 different states stopping into any of seven Truck Centers Inc. Daimler Trucks stores, receiving daily prizes. The grand prize winner received a prize pack valued at $800 that included most of the daily prizes plus a mini HD video camera and TCI Truck Bucks for a complimentary oil change service. (Read my previous post for some of the daily prizes.)

While winners represented states from New York to California and Michigan to Texas, a driver from just down the road between Truck Centers’ Springfield and Troy, Ill., stores was lucky enough to win. Jim German, pictured (in the center), of Raymond, Ill., was said driver. He hauls for Wood Farms and has driven 56 years’ worth of safe miles.

“On behalf of the entire Truck Centers’ team, I would like to congratulate all of our winners and thank everyone who participated,” Hopkins noted. “We were pleased at the response from our customers during this limited-time promotion and will definitely do similar contests in the future to show our sincere appreciation for their business.”

About German, she said, “It was a privilege to meet Mr. German and his wife and thank him for over five decades of dedication behind the wheel to help deliver the goods that keep our country going.” 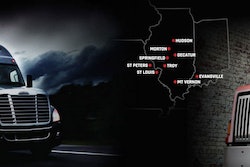 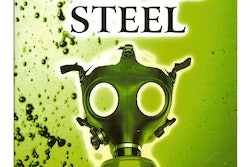 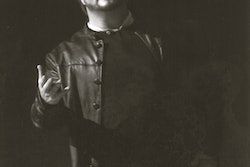