Perhaps you’ve seen it. The Social Network film about Facebook’s founding told the story of company cofounder Mark Zuckerberg’s success “taking the entire social experience of college and putting it online.” The film’s trailer, which pairs a choral version of Radiohead’s “Creep” with scenes from the film, was expertly parodied by the folks at uShip with the title “The Shipping Network,” a funny little vid originally put together by company staff for their annual Christmas party. After posting it on YouTube at the request of partygoers, it’s quickly garnered near 10,000 views in just “two-three weeks,” says company spokesman Dean Jutilla, as well as the attention of reporters at outlets as high-profile as the New York Times.

You can check out the vid below, featuring uShip cofounder and CEO Matt Chasen in the Zuckerberg role, as well as other cofounders Jay Manickam and Mickey Millsap (no longer with the company) and other company personnel in supporting roles.

The parallels to Facebook contained in the onling shipping/transporting business experience that is uShip in some senses are plain. Original footage in the parody “was shot over two days (12 hrs total) and during off-business hours at the uShip offices,” says Jutilla, “as well as around Austin, including the University of Texas campus and Red McCombs School of Business where Matt, Jay and Mickey developed Matt’s original idea in business school. Now, after launching in 2004, it’s turned into a $200 million global business that had $5.4 million in revenue in 2009.” The company recently passed 200,000 total registered transporters utilizing its network, Jutilla adds.

But if you haven’t seen the original film or trailer, at the end of the latter, Zuckerberg answers to a Harvard board’s chastisement of him for hacking several Boston-area colleges’ computer systems to create the original version of the social networking site by quite presumptuously requesting “recognition from the board” for his achievement.

Thus uShip’s Chasen, accused of the dastardly offense of “disrupting regulated pricing practices for transporters, holding carriers accountable for service quality, and intentionally breaking down barriers for entry for new truckers,” requests recognition from, well… give it a look. For comparison’s sake, the original film’s trailer is posted below the uShip parody. 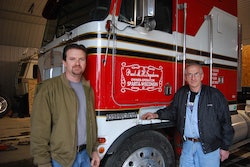 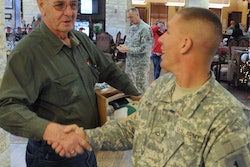 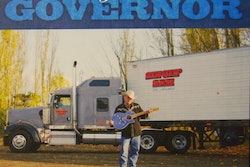