Always a shame to see haulers around the world taking out their on-road frustrations on their peers. The news in South Africa this morning (photo of striking drivers by Lerato Maduna) is that, after a week of work stoppage by drivers’ unions in that nation that saw more than a little violence perpetrated on haulers who kept running during the strike, the unions leading it have come to an agreement for a two-year phased-in 17.5 percent pay hike, two and a half percentage points short of what they’d originally wanted, according to South African transport broker and former driver Robert Olivier. I posed a series of questions to Olivier about the situation there after he posted to Overdrive‘s Facebook page about the unfortunate violent turn of events last week.

Below are his responses, a window into the events and trucking broadly in the country from a driver sidelined by a knee injury in 2005, when he turned to brokerage. Olivier says he’s “always dreamt of trucking in the States,” and recent events in his home country have done little good for his thoughts on the job there.

Tell me a little about your history in trucking in South Africa.
I started out fresh out of school working for a company that delivered new cars to dealerships around the country. I would then hitchhike back to the depot and collect my next car. Often I would get lifts back with truckers. The bug had bitten, and that was that. This started in 1993. I drove most European makes as well as International, Peterbilt and Freightliner trucks (cabovers) pulling 14.5-meter reefer and 18-meter tautliner (curtain-side) and flatbed superlink combinations. Clocked up about 2.5 million kilometers. In South Africa that is a lot, considering our terrein and the fact we have another country smack in the middle of ours.

I started as a broker in 2005 [after a knee injury prevented driving] and have been quite successful at it.

Regarding the strike, what are the factors that brought it on specifically and what broader factors if any are contributing to the violence?
The strike was inspired by one of the larger unions, South African Transport and Allied Workers Union. SATAWU demanded a 20 percent increase over two years and the latest offer on the table [as of last Friday] was 9 percent per annum. So a whole lot of lives have been lost, many trucks burnt to the ground, stonings, beatings and damage to private property. This is the mentality of the majority population of good old South Africa.

What is trucking like in South Africa generally?
Trucking in South Africa cannot be comprehended by any American unless they come do a truck driving stint here. There are no regulated driving hours. Once, stopped at an informal checkpoint, I was asked after not sleeping for 2.5 days if i was all right to drive. I said sure, just have a little hay fever, that’s why my eyes are so red. I then proceeded for another 10 hours or so. South Africa is very mountainous, which slows things down a lot with climbing and crawling down crazy gradients. Theft  — I could write a book on this subject. It is just a part of everyday life here.

Among those who haven’t joined the strike, what are the primary arguments against taking part? Is it simply a matter of putting food on the table, i.e. a choice against missing well-needed wages more than an objection to the strikers demands, or is there a more categorical difference of opinion at the heart of it all?
As a broker, it affects my pocket, but I do sympathize with those that are been exploited. I would estimate about 55 percent of drivers are striking, 15 percent are neutral but parked their trucks, and 30 percent are running but being intimidated.

Do you see a way forward toward better driver camaraderie in South Africa after things settle down? What’s been the level of driver camaraderie in the past, and what might be the ultimate solution?
Up until now, there has been a level of camaraderie amongst truckers, considering the racial divide and language barriers. Remember, we have 11 official languages here. Bloody ridiculous, if you ask me. If I ever returned to the road, I would keep to myself and only mix with people I already knew. I will never have any respect for the average trucker ever again after what has gone down in the past week. 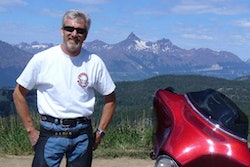 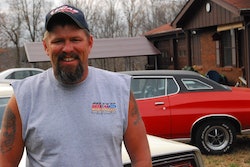 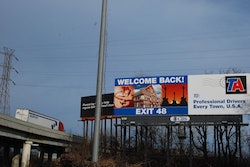 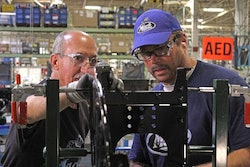