The good news is that skyrocketing oil prices, like slasher movies, are truly frightening only the first time you watch one. They get less scary with repetition. But being less scary doesn’t change the basic facts. Markets need both hedgers and speculators to function properly. When they lose balance, they no longer function according to true supply and demand. –journalist Ed Wallace, writing in Bloomberg Businessweek

Up, up, up…
Excessive speculation is taken as a given in the crude oil markets — where diesel’s price too takes its biggest cue — at this point, a fact any regular Channel 19 reader will know I’ve tackled from time to time to time. With President Obama calling for an investigation into fraud in the oil markets of the kind Matt Taibbi described in his Griftopia book, business journalist Ed Wallace, as referenced by the quote above, recently revisited the essential problem in the market, an excess of speculators.

After his piece appeared in Bloomberg Businessweek April 19, he appeared on Robin Young’s Here and Now radio program yesterday to speak further about the problem, in which he noted the repeating recent history we’re going through now as part and parcel of the Federal Reserve’s easy liquidity policy. With extremely cheap money continuing to be available, and the Commodities Futures Trading Commission oil market reulatory reforms written into law in the Dodd-Frank financial reform bill still held up past their deadlines, that cheap money is following the surest bet out there, running up the price of oil beyond any supply/demand reason.

And it’s penalizing the rest of the us not only with the price at the pump, but in continuing abysmal interest rates on basic savings accounts — without, all the while, really easing up small-business credit, a key rationale behind the Fed policy, if we take them at their word.

Obama has said recently he was tasking his attorney general with setting up a task force to investigate potential fraud in the markets, and by all means let’s hold him to that. But, as Wallace and so many others suggest, until Fed policy changes and reforms are implemented to put a cap on commodities futures positions limits, the boom and bust in oil will continue unabated. Best to put a stop to it before, as Wallace suggests, we become so accustomed to it we expect it. For more about the issue, check out the S.O.S. Now group’s site at http://www.stopoilspeculationnow.com.

Georgia fleet hauling relief to Tuscaloosa
Sea Coast Trucking of Pooler, Ga., according to WTOC-TV in nearby Savannah, loaded up a van trailer with disaster relief supplies scheduled to head out to Tuscaloosa, Ala., a frequent destination for the hauler. It’s one of many such stories making their way out into the world. You’ll recall the piece about New Era Trucking from earlier this week. The city of Tuscaloosa, as well as other affected areas in Alabama and other states in the region, no doubt appreciates the help.

Are you involved in relief efforts? Tell me about them via tdills [at] rrpub.com or via @channel19todd on Twitter. Props to former colleague Laura Pitts for this one. 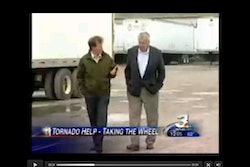 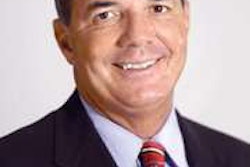 A message from Randall-Reilly president 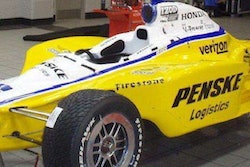 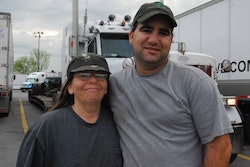