Lee Roop of the Hunstville (Ala.) Times yesterday reported, fortunately, that long-haul driver Paul Clewis was uninjured and will drive out the remainder of the 2011 season after an attempted right-side pass resulted in disaster for 2009 Heisman Trophy winner Mark Ingram’s four-door Infiniti — and Clewis’ tractor’s front end.

“I only worry about ’em if they’re Green Bay Packers,” Paul Clewis said. “I was born a Cheesehead and I’ll be a Cheesehead ’till I die.”

Clewis, 58, was hauling a load of household goods to a storage facility off Leeman Ferry Road when his truck collided with a 2008 Infiniti G37S driven by Ingram. Clewis was making a right turn when Ingram tried to pass him on the right, the truck driver told The Huntsville Times.

“The young man, in my opinion, made a drastic error a lot of people make,” Clewis said. “He didn’t realize I had my signal on and decided he could pass me on the right.” 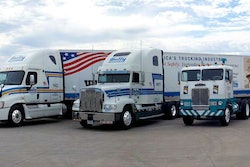 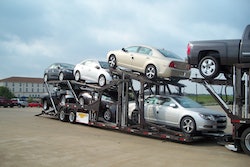 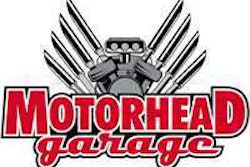 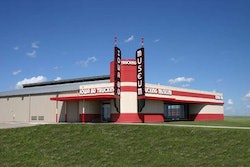