The bike Long Haul Trucking-leased owner-operator Steve Wright is sitting on is a 2012 Victory Vegas Jackpot cycle that was the grand prize in a contest begun by the Albertville, Minn.-based carrier at the Mid-America Trucking Show in Louisville, Ky., last year. This year, after Wright joined two other finalists — owner-operator Jeff Christenson and team Evan and Shannon Jones — for the grand prize in the safety contest, he came out on top for his yearlong performance. The Joneses walked away with $1,000 for 2nd, Christenson $500 for 3rd.

The three finalists met the following criteria: accident-free and DOT-violation-free driving; on-time pickup and delivery with no customer complaints; and referral of at least one owner-operator or company driver that came to work for Long Haul in 2011.

You may recall my interview with Long Haul Safety Director Mark Thies in the features on the Compliance, Safety, Accountability program I wrote last year, in part detailing the lengths to which the company has gone to record evidence to remove unwarranted speeding warnings from troopers in probable cause states looking for a reason to pull over and inspect a truck. Clearly they take both safety and justice for their operators seriously — the award program is of a piece with that, as the company put it after owner-operator Wright’s big win. “The contest proved to be a successful campaign,” the company noted in a press release. In the one year it was under way, “Long Haul Trucking has increased the size of our fleet by 8 percent and, most importantly, reduced our DOT SafeStat Rating by 31 percent.”

Any Long Haul Trucking leased owner-operators or drivers out there: Watch for another one of these efforts in 2012.
Related Stories 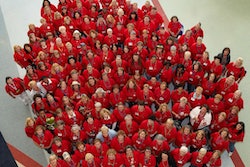 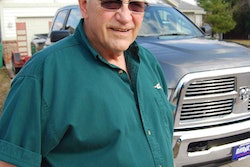 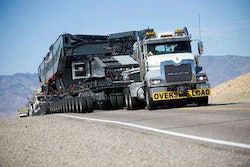