I’ve been at work covering the uptick in oil field work surrounding new drilling techniques that have been enabling new oil and gas wells to explode in a number of areas around the country, from Pennsylvania’s Marcellus Shale area, the Eagle Ford in Texas, and the Bakken in North Dakota, Montana and parts of Canada. Judging by the guys working the wells I’ve talked to, it’s largely a positive story relative to pay and work.

Owner-operator Mike Mace, for instance, in addition to rates and profitability beyond anything he ever saw during his 10 years over-the-road, believes he’s relocated the driver-to-driver camaraderie he remembers running with his father as a kid. Serving as both leased owner-operator and de facto dispatcher for 20-plus-truck oufit Reed Trucking, hauling sand in Pennsylvania, “I was about ready to sell my truck before I got into it,” Mace says. He hauls in a 1996 International 9300. “It got to the point where trucking wasn’t fun anymore.”

But this work he loves. “I absolutely love trucking again. It’s like you’re on the same level with the same group of guys” day in, day out, he says. “You have your CB on, you talk to them — the communication is just unbelievable. Everybody works together. You don’t hear folks fighting on the CB. You don’t hear any of that nonsense.”

In the mainstream outside the oil and gas trucking inner circle, news reports have abounded about drinking-water and other environmental problems surrounding areas with a high amount of hydraulic fracturing, and on Tuesday the New York Times took aim at the oil field exemption to some of the hours of service rules, which allows for extended hours for truckers working in oil services industries.

Fracking is a materials-heavy process, one reason truck demand and rates have been so high going into well sites for flatbedders and bulk sand haulers, likewise outbound for tank haulers. The Times leads its story with the tale of 36-year-old hauler Timothy Roth, killed in an accident the Times suggested could be blamed on the oil field exemption, which allows alows oil field haulers to extend their 14-hour on-duty clock when waiting. Times reporter Ian Urbina wrote that more than 300 deaths among drivers working in oil and gas over the last decade are the result of regs that “allow truckers to work longer hours than drivers in most other industries.”

The oil field exemption will not substantively change with FMCSA’s new hours of service regulations (effective next year), except to provide a clearer system for logging on-site waiting time when extending the 14-hour clock. (All waiting time will have to be shown as off-duty.) All the same, it’s probably significant to note the language the regs use to describe who exactly qualifies for the oil field exemption. It notes simply that drivers of vehicles “that are specially constructed to service oil wells” qualify. Haulers dedicated to oil operations (bulk tank haulers delivering sand, for instance, or crude toters) are the only drivers who can use the exemption, not flatbed haulers coming in with the occasional load of pipe.

The National Transportation Safety Board, in 2011 comments on FMCSA’s hours changes, lodged strong opposition to the oilfield exemption, believing it held high potential to “lead to increased risk for the exempted population and the driving public.”

The Times, in addition to their story, put together an interactive set of documents relative to the history of and debate over the oilfield exemption. Take a look at it here.

These interactive graphics, too, explore the safety issues in the industry.

For readers trucking in that industry today: What do you think? Is the exemption still appropriate, given the nature of today’s well servicing? How do you balance the demands of the job with those of rest and safety? 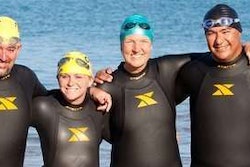 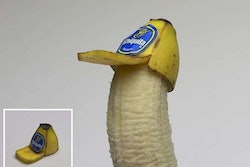 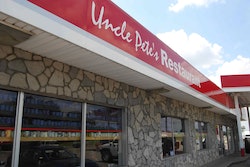