Don’t pay for the privilege to haul 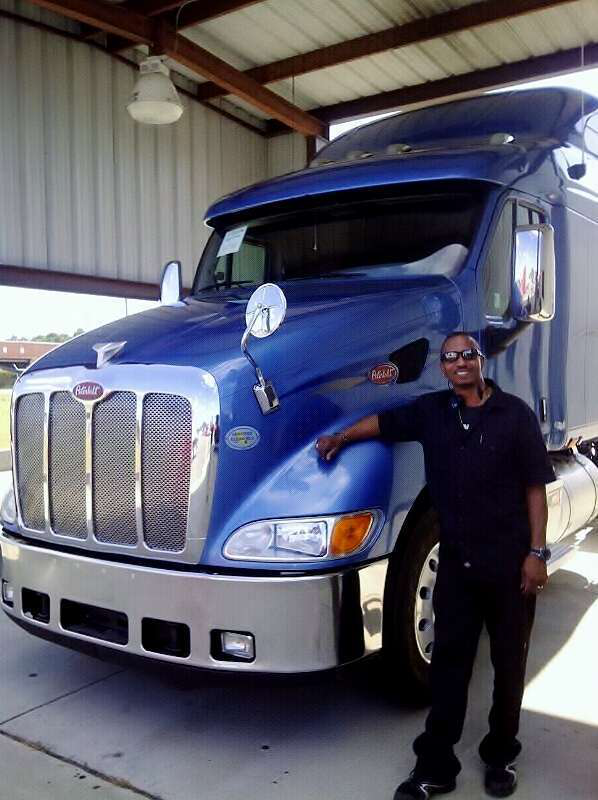 Take a moment with me and welcome Second Wind Transport owner-operator Greg Trott to the Channel 19 halls. You may know him already: The independent’s been at it here since 2007, after nearly two decades running first a floor-refinishing business (from the 1990s, inherited from his father), then a trucking and home maintenance small business (begun in 2002) in Bermuda. He got his own authority in July of this year and has found rates on brokered reefer freight shall we say less than desirable.

In addition to writing the letter linked there, Trott sent over a copy of a rate confirmation by way of an example from a sizable brokerage that detailed a frozen load running from Mt. Pleasant, Texas, to McAllen, or around 620 miles, paying $700 to the hauler, or barely a buck a mile. He didn’t take this load, for obvious reasons. After deadhead miles to the pickup, “that rate … would just cover the fuel cost in the truck so you have to come out of pocket for the reefer fuel. And if you have them give you a fuel advance they charge you 5 percent.” Take the quick-pay option, of course, and you can take an additional 2 or 3 percent.

“A driver will pay” for the privilege of running such a load, Trott says, justifiably skeptical. Contrary to popular opinion, he adds, “some drivers do know mathematics.” (If you can make such a load work by booking a second, profitable leg to get you to a strong-rate area for freight, it may be worth considering — problem is, too many people take such a haul and it gets to be a trend among brokers unfraid to “try you” like this, as Trott puts it.)

Trott runs in the 2009 Peterbilt 387 pictured above, which he’s been in since just before he got his authority. It’s powered by a 450-hp Cummins and a 10 speed transmission, getting around 6 miles per gallon, give or take, “depending on the load and road conditions.”

Trott added his voice to the chorus of others making the connection between safety and pay/income on the road, likewise those looking for more parking options, particularly crucial given the move to electronic logs:

A driver wouldn’t have any need to run past available hours if we didn’t have to run so hard out here to make a living. And all over the country trucks stops are full after 4 p.m. Where do we park and rest when so many rest areas  are closed or weigh stations that are locked up tighter that Fort Knox? Many states are now enforcing “no truck parking” rules on the on- and off-ramps. Some of us seek out Walmart parking lots or another big-box store as a safe haven, but at times we are asked to move on. For instance, last year I was coming across the country from California. It was late at night and I was looking for a safe place to park near the Texas state line. I had two hours  left on my drive time and decided that I would keep going east into Louisiana, only to find out I had screwed the pooch — nothing, no parking. So I drove till I saw a few trucks on an on-ramp, which is where I shut down. It was around 5:30 a.m. — not even 20 minutes after stopping here I had a local officer bang on my truck, and I was told we were going to do a walkaround inspection of the truck and trailer. After doing the walkaround, then I’m told he was citing me for illegally parking on the side of a highway and that I had to move my truck to the next rest area or truck stop.

I asked the officer, So what happens if I am stopped and asked why I’m driving past my drive time. The officer nicely told me to just show them the ticket he just gave me and it will be OK. I had to move from that on-ramp, and the next place to stop and park is clear to Mississippi. Now I am driving and  thinking to myself, what if I fall asleep, crash and kill someone because I am tired, do I show them the ticket and it all goes away?