June 30 at the Pikes Peak Annual Hill Climb, Mike Ryan, along with partners including Gale Banks of Banks Power, are bringing an amped version of Ryan’s special racing Freightliner Cascadia to attempt to break the world record in the “Race to the Clouds.” The Freightliner is debuting at the Mid-America Trucking Show in Louisville, Ky., this year, where you can catch a look at it at outside booth #90095 outside the South Wing Lobby B (near the North Wing). Ryan has raced a Freightliner Class 8 at the famed Pikes Peak Hill Climb since 1997. Banks Racing’s equipment adds to the vehicle include

“Mike is the master in Class 8 motorsports,” Banks said, “and I’m proud to run with him. Everyone at Banks believes we can help take Mike’s Detroit Diesel-powered Freightliner to the next level.”
It’s not the only truck being shown here, but of course — I got further shots of it and other rigs, many in the South Wing lobby area. One is a cool custom Volvo VHD pickup much like the one I wrote about back when here (the truck maker uses it to give tours of their facility in Dublin, Va.). Others include a “Project Horizon” International prototype that company officials say showcases efficiency/safety/comfort technology that “will be available within 24-36 months.” (And this carbon-fiber-wrapped International LoneStar pulling the new Continental RoadShow trailer. More on that later.) Check them out, and more, in the following photo gallery. 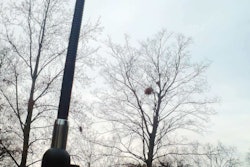 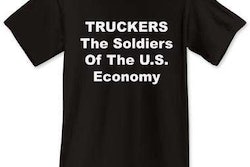 ‘Truckers: The soldiers of the U.S. economy’ 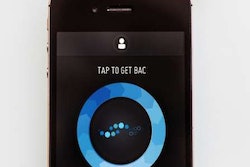 Breath test: More things to do with your phone 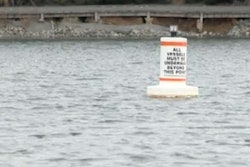