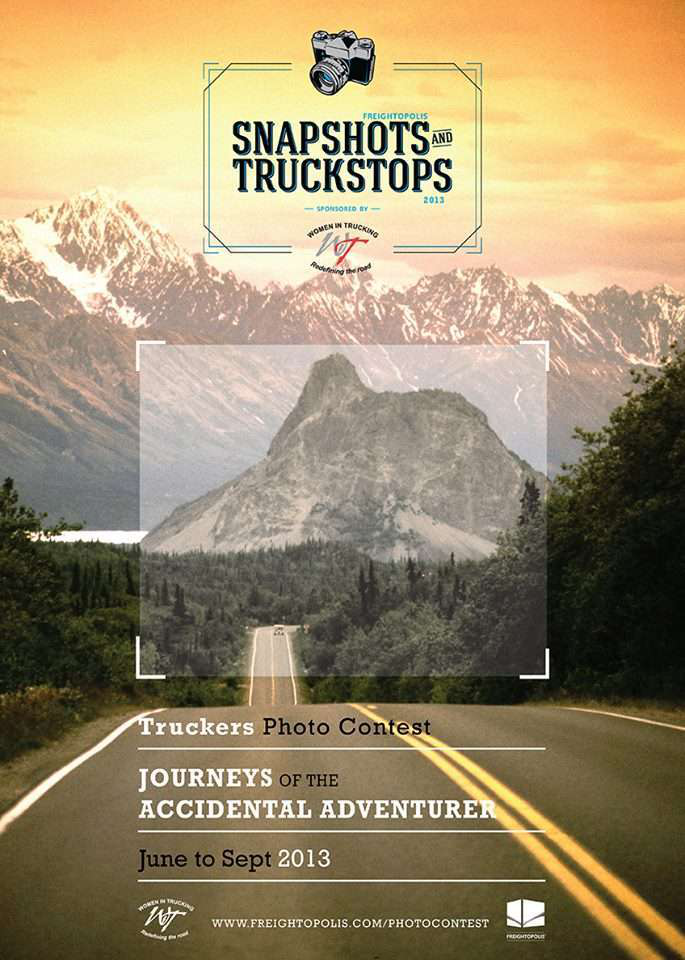 Click through the image for full contest rules and information on how to submit your photo.

Driver photo contest
The folks with the new-ish carrier-marketing platform Freightopolis (they offer a service to shippers that connects them electronically to rate quotes from available carriers large and small signed up with the service — we wrote a little about them here shortly after their launch) have launched their Snapshots and Truckstops contest, taking entries through the summer; find all rules here.

It’s aimed squarely at drivers across the United States and Canada: “On any given day,” runs copy at the contest website, “truck drivers happen across some of the most unique, bizarre, inspiring, and memorable scenes imaginable. We believe that this makes you, the truck driver, the ultimate ‘Accidental Adventurer’ and we’d like you to share those moments with us by taking a snapshot.”

I don’t know how accidental your adventures happen to really be — hauling freight is no doubt a purposeful business — but I do know there are no shortage of shutterbugs among you. (See the latest in the “Get Your Load On” series, or our Reader Rigs Gallery, for plenty of evidence.) Prizes for winning photos in the contest include a $350 truck-stop gift certificate as well as a printed book of the photos.

And: Anyone tried out the Freightopolis service for freight as yet with results? If so, tell us about it here.

FYI from down under: Carriers revolting against carbon tax
We’ve had discussion among our elected leaders of the potential efficacy of a carbon tax here in the United States, potentially offset by a reduction in income taxes or other scheme, to disincentivize use of fossil fuels and combat climate change — I reported on a Congressional Budget Office paper released in May here, and readers weighed in on climate change itself in a poll launched shortly thereafter.

The Australian Trucking Association’s 2013 election-issues campaigning is centered largely around opposition to the current government’s plans for the 2014 imposition of a carbon tax on diesel.

As a small majority of respondents to that poll don’t see climate change as a reality, among other reasons, it’s likely efforts to impose a carbon tax on diesel and other fuels here in the U.S. would see similar reaction to what’s going on among trucking-industry participants in Australia today, as the government mulls over adding a carbon tax to diesel there. “Truckers declare war on carbon tax,” runs the headline of a piece published this week in the Australian Transport and Logistics News. The Australian Trucking Association is basing the large majority of its issues campaigning attendant to national elections upcoming in September on advocacy against the current Labor Party government’s plans in 2014 to add the carbon tax, already affecting other industries and prices of fossil-fuels-intensive goods for consumers, to the diesel fuel trucking companies use, at a rate of around 7 cents per liter.

As with new taxes and regulations in the United States, smaller trucking companies operating on margin already stripped to razor-thin proportions by the regulatory and economic environment appear to be the biggest concern for most down under.

Read more about Australia’s carbon tax — a model discussed in that CBO report I linked to above (residents get a rebate directly according to the nature of their household energy use) — in the trucking association’s notes on it via this factsheet. 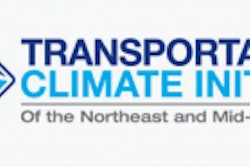