Greetings from Alexandria, Va., on south end of metro Washington, D.C., where I’m situated to cover proceedings at the Motor Carrier Safety Advisory Committee meeting today through Thursday. On the agenda: discussions on what FMCSA’s highway-bill agenda should be. Judging by all that came out of the last one — boosted enforcement authority, the raised broker bond, EOBR mandate (still not in a rule as of today) and more — what comes out of the meeting will hold particular import for trucking going forward.

The final day, Wednesday, of the meeting is dedicated to the subject of CSA. Given the GAO’s recent findings on the problems with the program relative to the small fleets in particular, you can expect plenty of ideas to change how the program works. Some have suggested that report, which in many ways echoed a lot of Overdrive‘s coverage of the program over the past year and more, holds within it a luking giant for small fleets and independents in its emphasis on the lack of data on such carriers. Might FMCSA interpret what the GAO is asking them to fix as carte blanche to ramp up targeted inspections on carriers according to fleet size? In some ways, that’s already ongoing, at least relative to the systems that FMCSA has control over, if not in all states and in all jurisdictions (though I hear stories like this one fairly regularly). The agency makes it a regular practice to periodically move 10 percent of “data-insufficient” carriers into the “inspect” category in the Inspection Selection System, which some enforcement jurisdictions as well as weigh-station bypassing systems rely on to determine who will be inspected when.

At once, though, the GAO seems to make a pretty good argument for removing the public display of carriers’ CSA metrics for once and all, in my mind. What do you think? Here’s a link to the report.

I’ll be sharing bits of the discussion at MCSAC from my Twitter feed (@channel19todd) throughout the next few days, and keep tuned to OverdriveOnline.com for reporting. 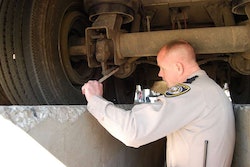 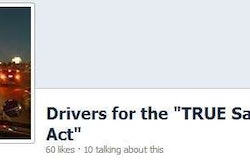 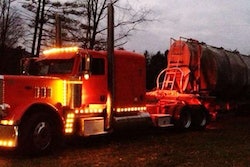