An interesting bit of news came across the desk last week — an owner-operator I think I can also count as a friend at this point is headed to a new post as Director of Regulatory Affairs at the Owner-Operator Independent Drivers Association. He fills a position also once occupied by another former owner-operator regular readers will be familiar with, Joe Rajkovacz (now out in California with the CCTA).

In the interest of letting you know just who will now be advocating on behalf of OOIDA’s membership with the FMCSA and other executive-branch agencies, I thought I’d share a bit of my past coverage of the Grenerth to give you a sense of who he is. Talk a walk down memory lane, as it were, with me.

I first met Grenerth in 2010 out on Lebanon Pike in Donelson, Tenn., following my move from Birmingham to Nashville. A mutual acquaintance — you may remember the young runner, Jazzy Jordan — put us together for a run (me, Jazzy) and bike (Grenerth) followed along by Lee Jordan in his RunWithJazzy.com-festooned pickup eight miles or so up through Hermitage into Mt. Juliet, a very small segment of Jazzy’s herculean jog across the United States to raise awareness of driver health and health-insurance challenges. A somewhat whimsically rough vid from that day:

In any case, Grenerth brought to my attention his then TruckerCycler website at the time, cataloging some of his own personal favorite riding spots accessible for over-the-road haulers. One of those happened to be — or I may have told him about it that day, can’t quite recall — the Shelby Bottoms Greenway, which runs along the Cumberland River in Nashville south of my neighborhood (and which is a few miles from the Love’s at Trinity Lane north of downtown and closer than that to the downtown TA). He was doing a regular round from Murfreesboro, Tenn., back to his base in Toledo for Fikes Truck Lines at the time, so ultimately we got together for a ride. Here’s a picture from that ride:

One thing that I remember clearly from that day was how active Grenerth was with his own local representatives — the Ohio Senators and reps representing him in Congress — as well as others farther afield whom he felt were in a position of influence and needed to hear his unique perspective as an owner-operator. Not to mention his passion for the natural world (Did you know Redbud flowers are edible and rather tasty, if you like spinach? I still have a snack every spring in my backyard on account of that day — thanks, Scott) and thoughts on how that all fit with his work as an owner-operator.

In a video interview with him that day, he tells his story:

In the interim, I’ve encountered him at truck shows, had dinner with him more than once at the vegan/vegetarian spot in my neighborhood to talk over a variety of issues, and encountered his voice on calls with regulators hosted by the Trucking Solutions Group of operators, of which he’s been a longtime member.

Doubtful I’ll see him much in my neighborhood anymore, given he won’t be making that Murfreesboro-Ohio run (he hadn’t been for a while after a move from Fikes, in truth). That’s a shame, but I’d wager it’ll be a plus for drivers and owner-operators, writ large, to have him in the position he’s now in.

I’ll say he’s got an interesting year ahead of him. Didn’t an association we know pretty well recently call for the chief regulator’s resignation?

Here’s wishing you good luck in your work, Scott. 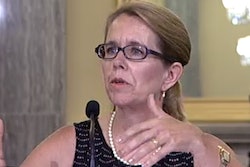 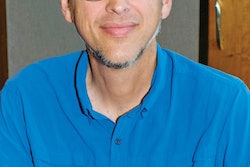 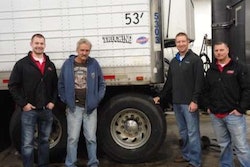 Luck of the drive; Poetry for a husband 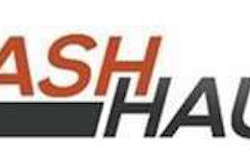