An interesting report dropped yesterday via Bloomberg.com, and I imagine some of you might get a chuckle out of its headline: “Drivers Gain From Wage Race as Truckers Turn Away Cargo.”

Essentially, the story describes the competition among large carriers for drivers, many of them having boosted pay in some cases by significant margins over the last couple years. Long overdue, as a recent survey of company driver and leased owner-operators noted — Overdrive sister fleet magazine CCJ reported some of the results, and among points of view expressed in the piece were this nugget: “Driver pay is the No. 1 issue in trucking.” Would you agree, even with the recent gains that have been seen from some carriers? We routinely report on them here as they are announced, but the Bloomberg piece singles out U.S. Xpress driver Tommy Walters, looking at a pay boost to more than $60K, figured on an annual basis, versus a typical $48-$55K in years past, he told reporter Thomas Black.

U.S. Xpress’ August-announced pay boost across the company for drivers Black called a “shot heard around the trucking business.” As we reported in August, the company said the boost would be in the neighborhood of 13 percent across all non-dedicated drivers — but the company also planned to eliminate a sliding-scale-type pay structure tied to length of haul, bucking driver-pay trends we’ve reported on in recent years. Perhaps it’s an effort to give longer hauls a boost in attractiveness as freight volumes improve.

Not all drivers out there are seeing the benefits of the improving pay landscape. In the recent survey we conducted, only a third of company and leased operators expected their income to be greater in 2014 than last year:

Look only at answers to the question from leased owner-operators, who of course bear more responsibility for containing ever-increasing equipment and fuel costs, and that slightly less than a third of respondents shrinks a bit to 28 percent. I’d be interested to know how many owner-operators among that 28 percent are paid on percentage, given the improved rates that have come into play this year.

In any case, I’ve written a bit about those improved rate conditions, most applicable to the independents among you, of late — but for those who are driving for a company or leased and operating under either mileage, percentage or another scheme, how’s 2014 playing out for you in the income arena? Drop a line in the comments or get in touch with me directly via tdills [at] randallreilly.com. 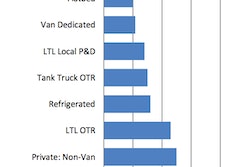 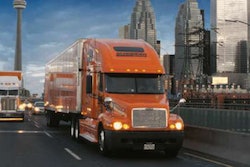