Revenue from commercial vehicles at the Delaware I-95 toll plaza in Newark, Del., is down 7.5 percent this year, the Delaware DOT has reported recently, as detailed in the story by Melissa Nann Burke at this link from the DelawareOnline.com site of the News Journal paper. As such, the writer notes, boosting truck enforcement in roadside stops along alternate routes around the plaza is being eyed for the first time since 2007, when the toll along that section of I-95 was last raised. I’m reminded of Maryland Captain Bill Dofflemyer’s contention that truck safety enforcement shouldn’t well be about raising revenue — in this case, it seems officials aren’t shying away from making the connection, as Nann-Burke reported:

DelDOT is looking to reinstate funds for special-duty patrols along routes restricted to local deliveries only, such as Del. 4 and Old Baltimore Pike. The goal is to slow declining commercial toll revenues on I-95.

Take heed, ye mid-Atlantic haulers. I rather like the response Nann Burke got to her tweet about the story. If the goal of boosted enforcement was safety on those secondary roads, and not raising toll revenue, I think @JoelEsler’s recommendation might well be right on the money for a solution:

On a cost-per-mile basis, notes Wikipedia, notably, the 14-mile Delaware Turnpike is the third-most-costly toll road in the nation.

You can read Nann Burke’s full report via this link. 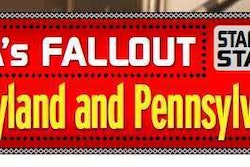 Close scrutiny: Where are you most likely to be inspected? 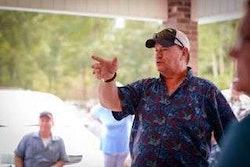 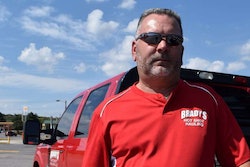