A recent headline about a bevy of strikes ongoing in the nation of Colombia, from the English-language Colombia Reports, caught my eye this morning: “Colombia truckers on strike to demand lower freight rates, better retirement conditions.”

Lower freight rates? Maybe something was lost in the translation, as the story goes on to describe a situation in which, yes, driver unions there were in fact striking for better pay, reduced tolls and diesel price relief.

Nonetheless, the seeming goof brought to mind the sort of upside-down recent situation at the ports out on the West Coast, where no small number of waiting carriers are reportedly being charged fees related to the back-ups at some of the ports, due to no fault of their own. The carriers were asking for backlog-fee waivers while clearing the docks commenced.

Here’s hoping they get it going forward.

Speaking of fuel prices, though the rise the last few weeks might well ultimately equate to a trend — eh? — the reality the last several months has been counter, as you well know and as we’ve reported numerous times.

Fuel surcharge amounts, accordingly, such as you may be getting them from a leasing carrier or including them in shipper contracts, have no doubt declined. For those of your using brokers with fuel prices reflected in the freight rate, we’ve been seeing total rate averages on the spot market decline as well.

Some carriers and shippers, if watchers are correct, are adjusting approach to the fuel surcharge as fuel mileage improves. Often, fuel surcharges are charged/collected at a per-mile rate based on two primary figures, the DOE average price of fuel (and how much that average extends above a base price, often $1.25) and the carrier’s base mpg, often 5 or 6 mpg. In this linked podcast interview, Gordon Klemp of the National Transportation Institute told Overdrive Editorial Director Max Heine that many carriers’ contracts with shippers are seeing that base mpg rise in tandem with fleet fuel economy, which makes the prospect of making an extra dime off of the surcharge by averaging a better mpg, well, less likely. Klemp and his NTI group track changes in a multitude of carrier pay packages around the nation.

Utilizing a miles-per-gallon figure in calculating a surcharge, some commenters noted, isn’t the only method out there. “There are multiple ways to assess a fuel surcharge,” noted one independent, citing also percentage of the freight bill on LTL loads in his past. “Shippers have gotten pretty savvy about this subject. … What’s always been interesting is the resistance by shippers to increasing base rates in lieu of reducing fuel surcharges.” 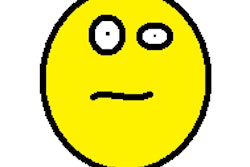 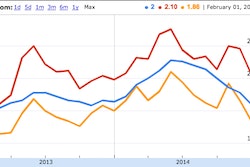