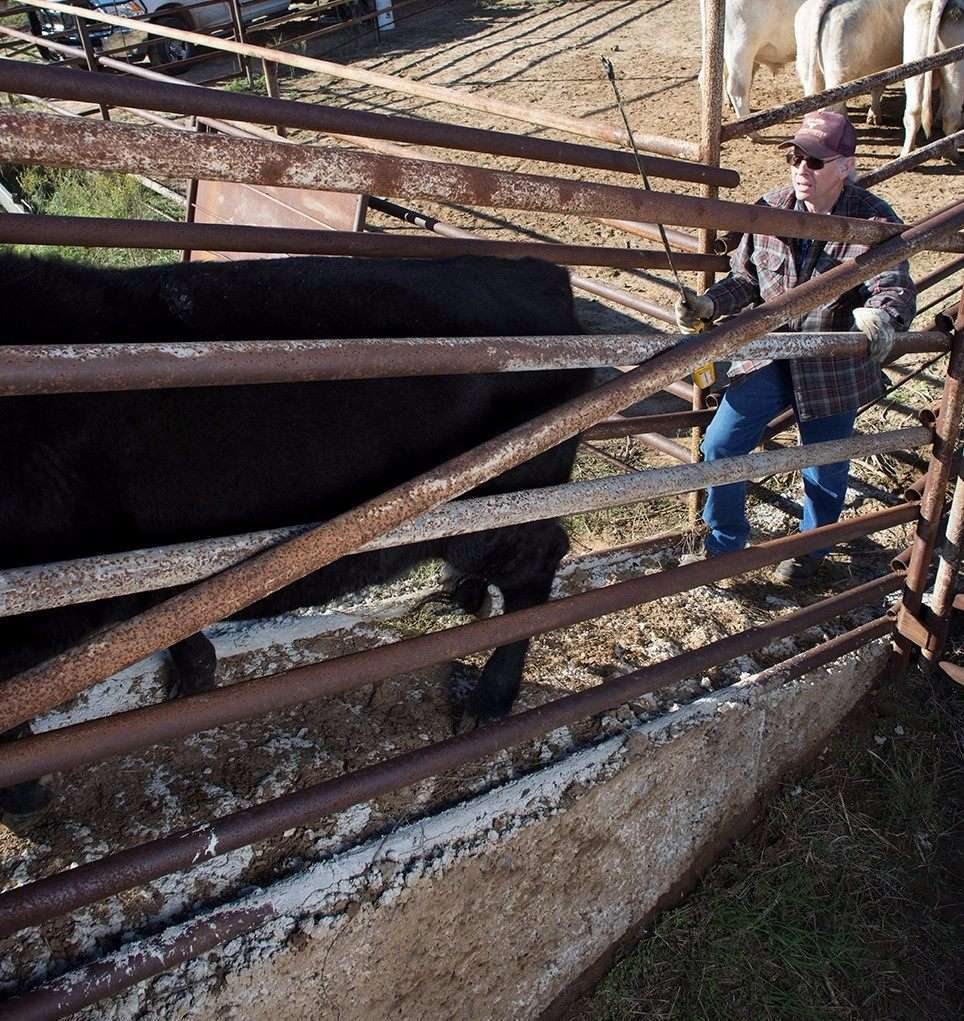 During a conversation with a livestock hauler earlier this week (more on that later), the subject of the stepped-up hours enforcement represented by the coming ELD mandate (assuming it stands) and the issues it raises for some longer-haul livestock haulers came up. It wasn’t the first such conversation I’ve had in the past months. But this owner-operator referenced an effort by an ad-hoc coalition of ranchers, cattle transporters and other businesses known as the American Cattle Transporters Advisory Group to pursue a possible ELD exemption or other change in the hours rules with a goal in mind of reducing the necessity of long periods of stopped time for solo drivers, the overwhelming majority of cattle transporters. Longer stops, while loaded, create the necessity of offloading animals during those stops, which further introduces the possibility of the spread of disease between separate populations of animals, which ACTAG head Tim O’Byrne dubs a significant “biosecurity issue” oft lost on regulators.

ACTAG’s effort sprung up in the wake of the ELD mandate final rule’s late 2015 announcement. O’Byrne, headquartered in Nevada, is a past sometime cow hauler himself, longtime CDL holder and consultant to a variety of beef-industry businesses over the years. The status of the regs effort today is one of, well, discouragement in some ways, O’Byrne says. With the ELD mandate’s December compliance date fast approaching, “it’s already February and I’m getting demoralized over this whole thing,” he says. With OOIDA pursuing their lawsuit since this time last year, O’Byrne says ACTAG has “tried to do a tag-along with the oil field exemptions” in the hours of service rules, which might allow livestock haulers more liberal split-rest opportunities to extend the 14-hour on-duty window.

For shorter hauls, as a senior ACTAG advisor who owns a “decent-size cattle trucking company,” O’Byrne says, points out, the MAP-21 highway bill helped a bit, changing the 150-air-mile ag exemption to be based from the point from which the truck leaves after pretrip, rather than “company headquarters,” the advisor said. “If you can reach your pickup point and destination within that 150 air mile radius, you don’t need to log it.” Many of the company owners’ cattle trucks operate under that exemption, notes O’Byrne, but many more that do not will be the ones affected most by ELDs.

“We can’t be stopped because we’ve got live cattle on board,” O’Byrne says. “We’re stuck between a rock and a hard place. We want to reduce commingling [of herds] as much as possible.” And if one assumes more offloading in transit will have to happen when the ELD mandate is in place, “we don’t have the infrastructure in place anyway to do that right now.”

He offers what might be a typical scenario for a livestock hauler moving a load from a sale barn. “The trucker does a pretrip at 5 p.m., gets his coffee and is at the sale barn by 6 p.m. He jumps in the bunk as he’s established his place in line.” The sale under way, meanwhile, goes on to midnight. “Back up to the chute, but there’s three guys ahead of him, so he waits.” He’s been running down his 14 hours since five, however, and his available drive time is already more than half gone. “We’re trying to get the oil-field-type recognition that you can split the bunk time a little more liberally” and not have a certain amount of waiting time contribute to the 14-hour on-duty maximum. “That’ll help a little bit.”

Such efforts’ success might be a tall order at this point, considering the late date and O’Byrne’s hope that taking it through Congress might work, via the agriculture and food group at the American Trucking Associations and rural state governments “that understand it. We’re 100 percent dependent on road transportation of our cattle. Take that away from us and we’re back to cattle drives.”