In some ways, Tom Sanderson of Transplace and the ASECTT group, as reported yesterday, is right about FMCSA having “doubled down” on its post-CSA policy, particularly with respect to how it conducts safety audits in this day and age.

Much of what I illustrated with the agency’s own safety-ratings-issued numbers in 2014, shown in the old chart with numbers through year 2013 here, has remained true in subsequent years.

The Conditional chart above looks like a decline as dramatic as the Satisfactory chart shows, but pay close attention to the raw numbers, indicated on the X axis. Satisfactory ratings are down much more dramatically, on the order of 71 percent. Conditional rating numbers have fallen over the 2010-2016 time period only by 20 percent.

Clearly, FMCSA wants to do more with its roadside data to assign ratings, less in the area of audits, but for the time being it’s pulled its proposal to do just that, given widespread criticism and the Trump administration’s emphasis on fewer new regulations.

The long-awaited, Congressionally mandated National Academies analysis of the CSA SMS, meanwhile, with a goal of judging and improving its effectiveness, is expected quite soon, a little birdie told me. Depending on what that analysis recommends, the agency could revive the SMS quickly — or not. It could also resume the course toward use of roadside data in determine safety ratings.

But regardless of what that analysis ends up recommending, the ASECTT group is emphasizing the need for less reliance on roadside data — it proposes what Sanderson described in his letter to members as a biannual audit to determine fitness to operate, somewhat akin to what occurs during the New Entrant audit. Given the variability in roadside practices around the nation, theoretically such a system might better standardize safety ratings — and result in more of them being issued — for an equitable system divorced from complicated algorithms and comparative metrics that could apply across the universe of carriers.

I know that for owner-operators/very small fleets the importance of being rated in this day and age is certainly debatable, depending on your niche of operation, but what do you think? Are they on to something? 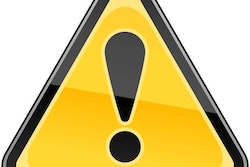