After moving to a recourse factoring relationship with MHC Financial, the 50-plus-truck Fleenor Bros. Transportation got a one-time cash infusion that was, in some ways, dangerously tempting, says Kyle Cousins, part-owner of the fleet.

“We had an initial huge wave of cash, which brings you basically up to current,” he says. “If you’re not careful, you can be a little bit out over your skis.” He says bankers liken it to “a little hit of cocaine, and you get addicted to cash and don’t make the most prudent financial decisions.”

However, putting “your financial picture into real time” is a clear benefit. Before factoring, “it didn’t seem like we were making money. We had a backlog of receivables, and it was always hard to know which switches to flip, which dials to turn. You could look at the outstanding receivables and estimate, but factoring brought it into looking at receivables in real time.”

That simplified decision-making around equipment investment, customer relations and more.

With Fleenor’s 1.5 percent factoring rate, another 1.5 percent is put away in a reserve account, which is drawn upon if an invoice isn’t paid but hasn’t actually happened in the relationship yet. Otherwise, as with other factoring companies, that reserve money belongs to the fleet. Reserve-release terms typically are specified in a factoring contract.

What drove Cousins to consider factoring initially was his company’s relationship with MHC on its truck-sales side, but also the reality that two of the fleet’s “largest customers are huge multinational global companies” with Australian headquarters.

“Their terms of payment there are a little more beneficial to the shipper,” with 90- to 120-day terms not uncommon, he says. “Long story short, they were really getting out there between 45 and 90 days or sometimes longer. The thought of being able to haul a good-paying load, and someone taking 1.5 percent and having money the next day — that really caught my attention.”

More from our recent series on the Factoring landscape for owner-ops: 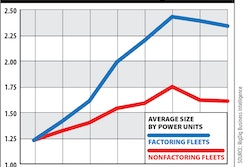 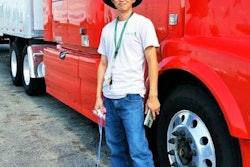 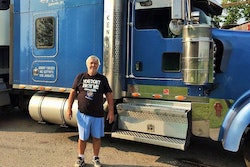 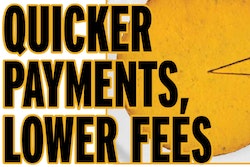