Owner-operator Montgomery Morgan’s father, Don, and owner-operator Joe Huggins’ old handshake agreements to help each other out when it comes to paying for the financing on new equipment was the subject of this story from early in 2020. Essentially, for more than one purchased truck, the pair, fast long-term friends to the point of being family to each other, traded trucks somewhat methodically. In the case of the ’92 Kenworth T600 Montgomery hauls in today, when it and its dedicated moving-van trailer were new, Don Morgan and Huggins alternated piloting the combo with Huggins’ older, long-paid-off rig. When one or the other operator was in command of the new unit, that operator was responsible for the payments and any maintenance.

The operator not in the T600 would then run with Huggins’ rig and benefit from a relief in pressure to run and enhanced profitability — until they switched again.

The entire arrangement hinges on trust between two businessmen that might be hard to come by for many. “It might be hard to find out here with guys anymore,” said the younger Montgomery. But whether with close friends or family, anyone, he believes, “could do the same thing” today, as a method to help keep relatively new equipment in operation, perhaps to share the burden of small fleet growth, or just add a little operational variety.

I made note of the story Overdrive Extra contributor Gary Buchs told of a lease-purchase owner-operator taking back full control of the purchase arrangement in part by cashing out equity in his home — yet another somewhat novel approach to managing/redrawing financing arrangements with a goal of better cash flow and greater profitability (and general opportunity) in mind, depending on the situation.

Here’s where credit came up — access to financing of any kind anymore is so contingent on the credit rating of any borrower. Morgan, who’s based in Washington state and hauls household goods with Continental Van Lines, noted he’d been up over 650 for a credit score for a time but without much borrowing activity to speak of in recent years. He surmised his credit score had probably fallen in recent times.

“The problem with all the smaller people” in businesses of all stripes, though not himself at this point, he noted: “You’re fighting to pay bills, because you want to do so much” with all the loans you may take for this or that thing in attempts to grow, maintain or upgrade. “I’m in a different position. I’m tapped a little bit because the housing industry has slowed down so much, but I have no major bills – no big issues.”

Morgan’s in a decent place, but if he needed to borrow, he guessed, he’d probably pay a handsome premium.

Our poll as of Thursday, Jan. 20, asked Overdrive‘s audience of owner-operators for the range their credit score falls in. Since we had last asked the questions, results showed significant growth in shares above 700, and particularly the highest-credit-score share here — the COVID-19 pandemic’s subsequent effects on freight markets and owner-operator profitability could well have impacted these numbers.

Research from the Experian in January showed analysis of the credit score average tracked among the general public as having reached an all-time high of 703 in 2019. Owner-operators, as evidenced in our polling, showed an even-higher average, as 63% of the group reported a score above 700. According to this story at MarketWatch.com about Experian’s research, the percentage among the wider public is 4 points shy of that at 59%.

Those improvements come, however, amid the tightening-credit-standards dynamic Morgan feels is a real one. He was backed up in that by Commercial Fleet Financing President Matt Manero. In Manero’s business, which lends to owner-operators and fleets, over a tough year in trucking in 2019 the company was “seeing a moderate deterioration in credit scores for owner-operators and a tightening of credit standards by lenders,” he contended. “Lower average haul rates contributed to an uptick in slow pays in 2019, and lenders have tightened.” That dynamic has surely compounded since that assessment in January following the pandemic’s rise.

The hesitancy to extend various forms of credit at lower rates has grown most for “start-up owner-operators,” in business with authority for the first time, “and 1-3-truck operators, regardless of their credit score,” Manero said. For all with three trucks or less, it’s gotten more expensive to borrow money.

“If a member of either of those groups also has challenged credit,” he added, defining challenged credit at 650 or below, “they will need a 10%-20% down payment and will pay rates above 10%.”

In 2015, with a focused feature story on the truck-purchasing landscape for owner-operators at the time, Manero laid out these tiers of credit as he considers them:

“A” credit borrowers, 700+ credit score: As he said at the time, if the piece of equipment makes sense relative to the owner-operator’s time in business – “the stability factor,” says Manero – the borrower is likely to be able to get a truck loan at about 5%-6% interest. Those numbers for 1-3-truck owner-operators are likely to be somewhat higher today. This category is where a majority of owner-operators sit today, as noted. “Rates for borrowers with more than 3 trucks and credit scores above 700,” Manero added, “have not moved much since we last talked.”

“C” credit, 600-650: In 2015, Manero specified a 9% rate to the low teens for these borrowers. Today, as noted, you might add a point or more to that range for borrowers, with significant money down as a requirement for any.

Below the “C” level, the “subprime” space, as Manero called it, CFF hasn’t traditionally financed borrowers, and it’s here where many among the 18% of such situated prospective truck owners find paths toward ownership in lease-purchase agreements arrived at in carrier programs, which can present numerous other difficulties if structured to the disadvantage of the operator. Manero did note in January that his company was working on a new lending program for borrowers in this credit-score space, with an expansion of its Dallas headquarters. 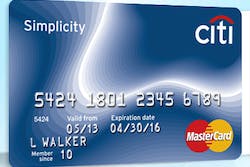 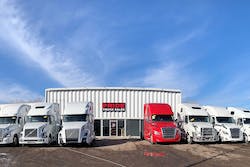 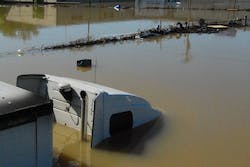 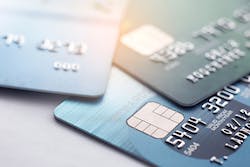