As most of you know, the Federal Motor Carrier Safety Administration has in recent weeks issued a series of emergency hours of service exemptions for those hauling relief loads to support efforts to combat the COVID-19 coronavirus as it spreads throughout the United States. The definitions of just what constitutes an emergency relief load is expansive, of which plenty readers have taken notice — it includes food to grocery stores struggling to restock their shelves after panic buying (ongoing in some instances) by consumers.

Here’s the short list of loads from the most recent suspension declaration, which will extend through April 12 unless otherwise specified and which expands the list to include precursor raw materials for items mentioned:

If you’re hauling an emergency load, none of the hours of service regulations apply, generally speaking, including the requirement to use an electronic logging device for most. However, documentation of what you’re hauling and just how you hauled it could be useful down the line during an inspection or audit if questions arise. Mixed loads that only contain some emergency-related supplies can be covered under the regulatory exemption as long as the quantity is more than just “nominal,” in FMCSA’s words.

Drivers engaged in emergency hauling do not need to take a 34-hour restart before resuming normal operation, though the Truckload Carriers Association calls what FMCSA wants drivers to do in that event perhaps the “most important” aspect of conforming to the exemption and what little regulatory guidance exists around it: Take a 10-hour break after the emergency hauling is done, and make certain resuming standard hours operation will not put you in violation of the 60/70 hours in 7/8 days cumulative limits (the emergency load’s hours do not count toward the calculation).

FMCSA’s emergency declaration itself does, however, specify that empty return to the terminal or home base of operations can be done before that 10-hour break. To wit, from the text of the agency’s declaration of the expansion of the original emergency suspension, the “driver may return empty to the motor carrier’s terminal or the driver’s normal work reporting location without complying with Parts 390 through 399.”

How to log an emergency-relief load or series of loads?
If you’re using paper, by the letter of the law you might just “throw the logbook away” so to speak for those loads if you like, though records of your time hauling emergency freight may well be useful in future in a variety of ways, including in the event of a future audit of business records to document the exempt hauling sufficiently, back-up for an IFTA audit, and the like.

Things get somewhat more complicated for those of you using an ELD.

There are surely some operators willing to interpret the exemption liberally. Plenty out there, however, are doing the opposite and reading it as narrowly as they can, such as Dan Moeller of 170-truck Moeller Trucking (plus 30 leased owner-operators). He’s headquartered in West Central Ohio and with a small number of milk tankers and mostly reefers among the company’s trailers.

For Moeller, it’s all about asking yourself, Is this truly a need-it-now item?

“For us, it’s been business as usual on [hours of service],” Moeller said. “The way we read that is that unless that load is truly hot, and unless they’re going to take it as soon as we get there,” his company is not going to take the risk of violating the spirit of the emergency declaration. The carrier’s loads, the vast majority of them food, whether finished products or those precursor materials, are all “still appointment loads,” after all, he said, and why try to haul straight through if there’s a chance his driver will “sit for 15 hours to get unloaded,” as he put it.

Moeller added, too, that he views downside risk in the event of an accident of any kind as well greater than the benefit of a few gained extra hours. In any civil litigation that might emerge down the line, “the judge is not going to care if that the load needed delivered,” Moeller added. “He will only see just how long the driver has been driving without a break.”

If such risk is something you’re willing to assume, others advise, the shipper should him/herself at least be willing to document the load’s emergency status on the freight bills for your records, if it’s going to qualify for the emergency hours exemption.

As noted Norita Taylor of the Owner-Operator Independent Drivers Association, echoing Moeller to an extent: Make sure you are “hauling an exempt load and [get] the shipper to write on the BOL, ‘Emergency Shipment.’ The driver would note the ‘on-duty’ and the ‘driving’ time as emergency shipments.” If you’re using an ELD, any “violation” flagged by enforcement’s eRODS software for analyzing logs would be annotated to explain the emergency load, and if on paper, those “violations” would be explained at a quick glance.

Keep copies of the emergency-shipment-marked BOLs handy, though, for sure.

As for National Association of Small Trucking Companies President David Owen, he’s of a mind that in a time like this, ticky-tack considerations can be all well and good, but what really ought to happen is for governments local, state and federal to take something of a step back from trucking and “trucks for a while and just let us do our job,” he said, given all the risks long-haul drivers are taking in the midst of the pandemic, in addition to the usual risk. “We’ll do that job, with a little moaning and complaining, but we’ll do it. And they can all thank us for it for a change.”

Owner-operator Mike “Mustang” Crawford says many officers appear to be doing just that. Pulling a flatbed principally for Prime’s brokerage side, the independent owner-operator said he crossed the “first set of scales I’ve seen open in three weeks” just today near Lodi, Ohio, he said.

Where the rubber meets the road at the scale houses or pull-offs at roadside, Owen added, “I hope that the people that are on the enforcement side of the equation have some understanding. If those trying to get ventilators to people [or hauling other emergency supplies] need to violate their hours of service within certain reasonable realms, I think they just annotate [the log] and fight it later” if need be, full stop.

If you’ve been hauling under the emergency exemption these past weeks, what’s been your practice? 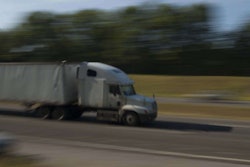 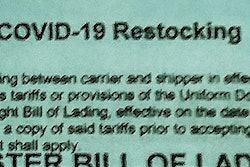 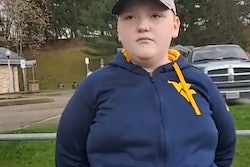 Though hoarding continues, a giving spirit bucks back