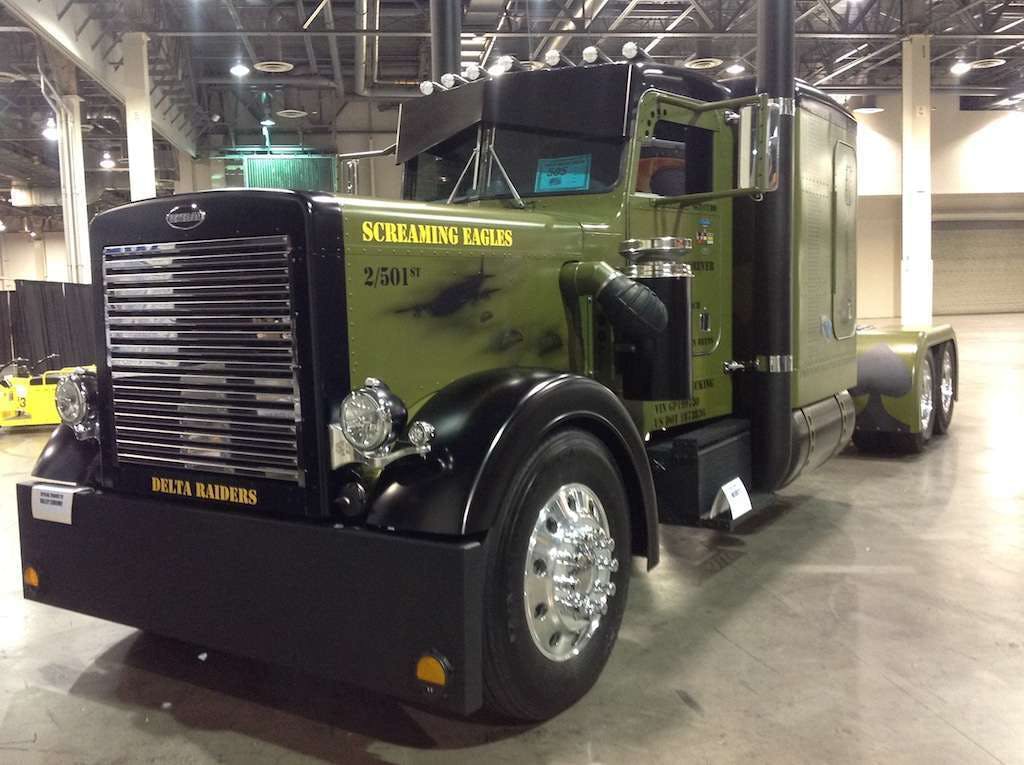 Vietnam veteran John Cudd wanted a workhorse that would remind others of the sacrifices soldiers make every day, and the 1986 Peterbilt 359 he drives daily does just that.

Cudd bought the truck in 2011 and took it to Outlaw Customs, in Henderson, Colo., to make it the rolling commemoration of Vietnam veterans that it is today.

See a full photo gallery of Cudd’s truck below.

The Sterling, Colo., native, who is leased to Jim Brammer Trucking and hauls refrigerated freight, had Outlaw Customs rebuild the engine — a 425-hp B-model Caterpillar with 18-speed transmission. Outlaw also worked its magic on the rest of the truck.

Ceramic-coated three-piece stacks, chrome wheels and a bow-tie visor were all added to the rig. Military-style lights were added to the front and rear. Most of the exterior add-ons are blacked-out to fit with the military theme of the truck.

Cudd added show lights that reflect down, so the ground glows green when lit. The back bumper has a POW-MIA emblem on it, with a stainless inset and red and green backlights. The interior of the cab has been totally redone, too. The seats were re-upholstered, with Cudd’s unit crest featured on the headrests and a set of jump-wings on the ceiling of the cab. New carpet and wood flooring were installed throughout.

The interior of the cab is also within theme — on the inside of the door is engraved “Welcome home brother.”

The exterior paint job features two colors — olive drab and black — and is done in a stain-type finish for a subdued look. The sides of the rig feature airbrushed art depicting different scenes from battle in Vietnam, including a C1-30 dropping paratroopers and helicopters used to transport soldiers into battle.

The back of the sleeper features two Medals of Hhonor from soldiers in Cudd’s company, Clifford Simms, who received his posthumously, and Joe Hopper.

“Simms and Hooper were always watching out for us — Simms jumped on a grenade to save men in our unit,” Cudd said.

Cudd designed the truck as a monument to the 101st Airborne Division, which is featured on the back of the sleeper. He was a part of the 501st Delta Raiders — nicknamed the Screaming Eagles, all of whom are featured on the truck.

“I wanted the truck to be a tribute to the guys I served with,” Cudd said. “It seems like a lot of Vietnam veterans and the sacrifices they made have been swept under the rug.”

A list of soldiers killed in action from 1968-1971 is featured on the driver’s side. Those years are  also the period when the Delta Raiders were in Vietnam. The driver’s side door features the names of two of Cudd’s good friends and fellow soldiers, as well as his medals and honors. “All Game Some, Some Gave All” is inscribed on the rear fenders.

“I am so proud to drive this tribute,” Cudd said. “They are the real heroes — Delta Raiders were in the thick of things in Vietnam. It’s just my small form of recognition for their hard work.”

The truck has won awards in truck shows since 2011, includingthird place for Limited Mileage Bobtail at the Great West Truck Show’s Pride & Polish event in Las Vegas this year. 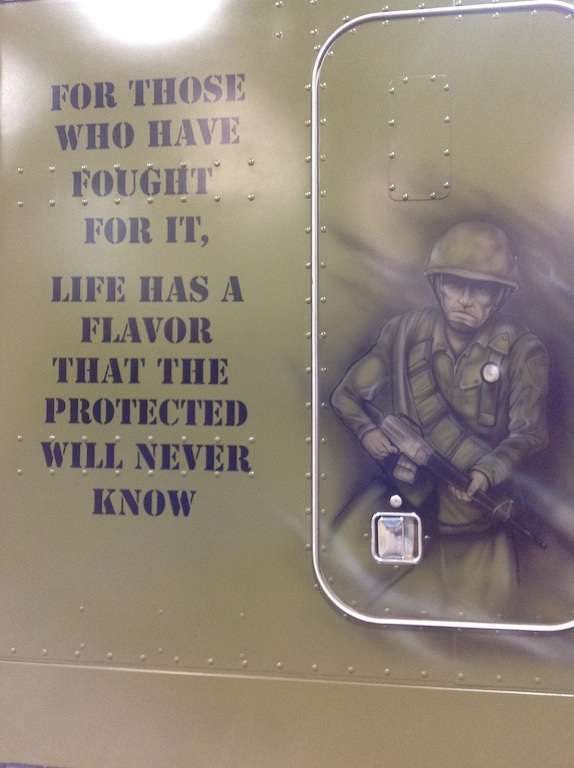 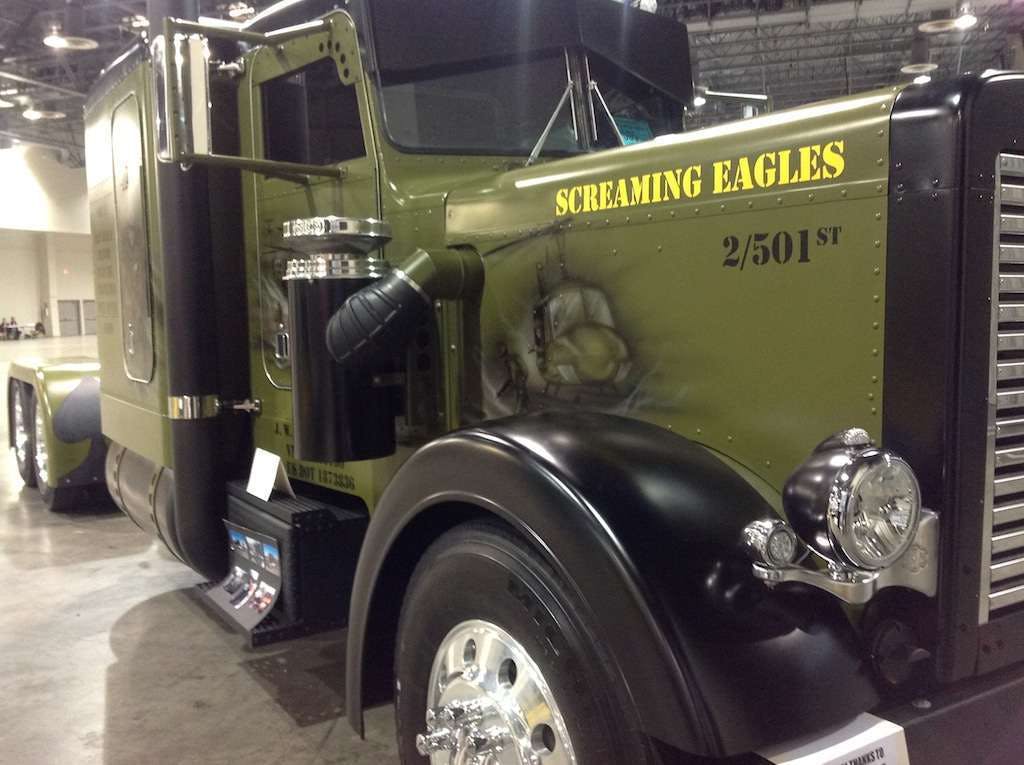 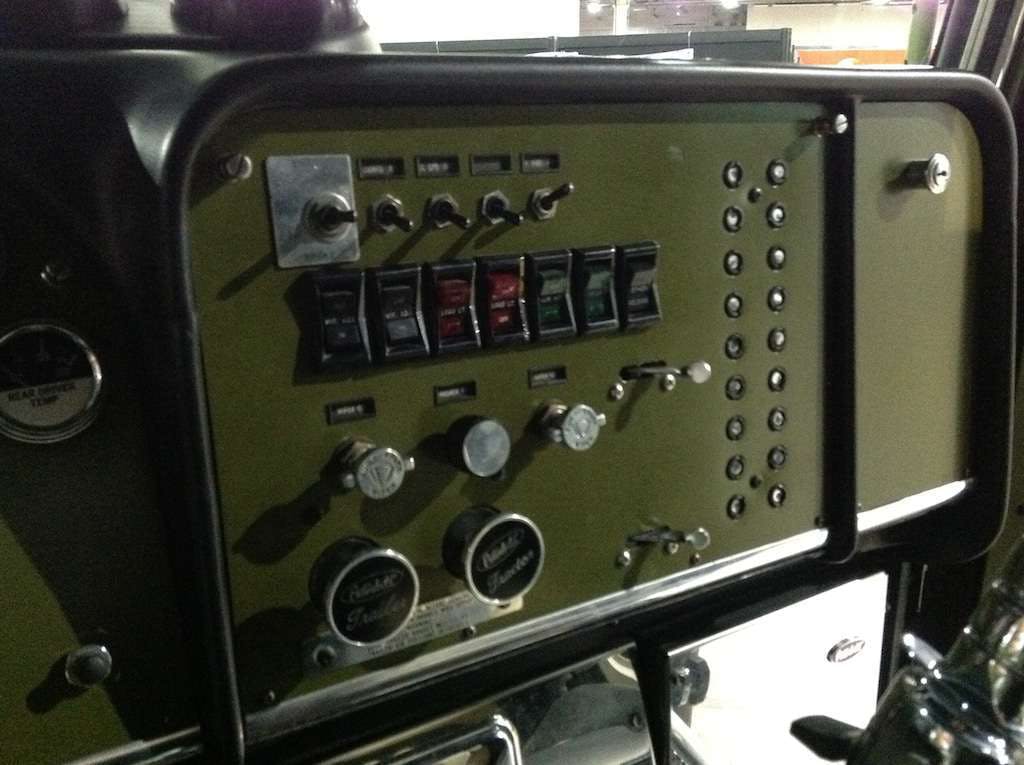 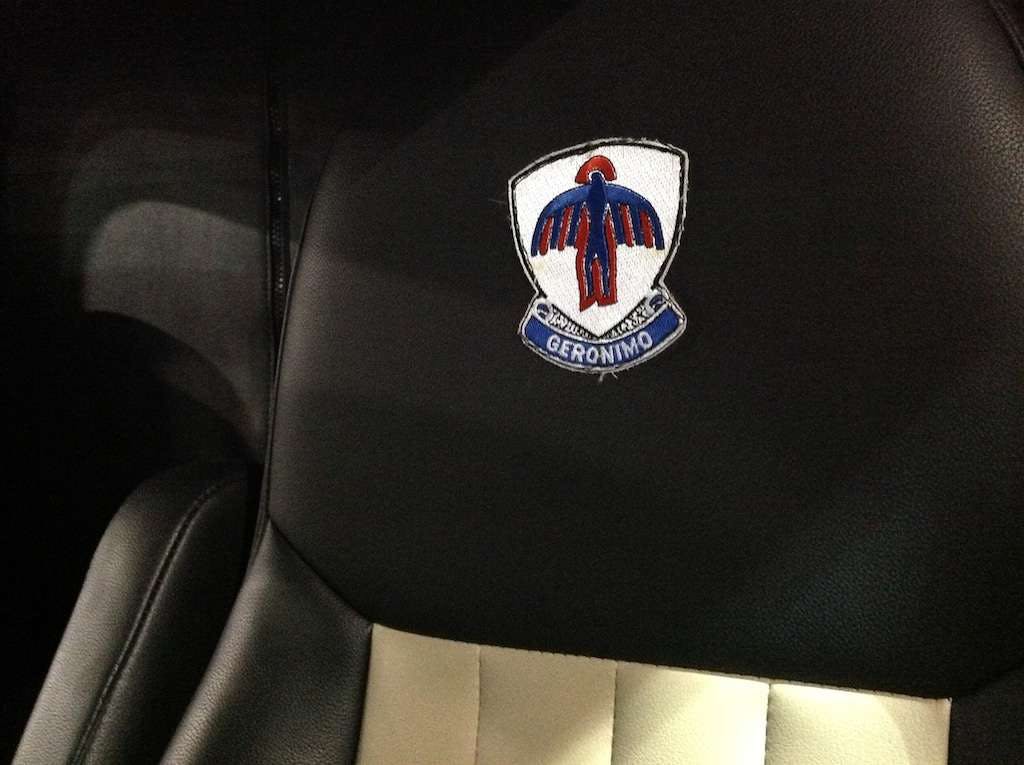 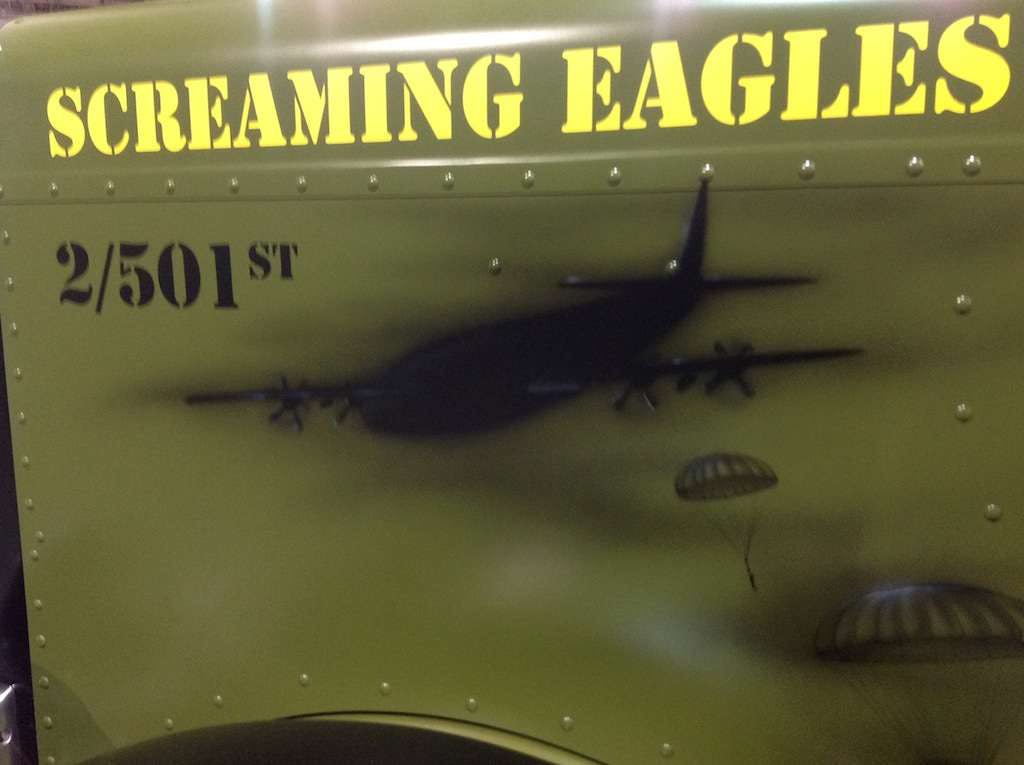 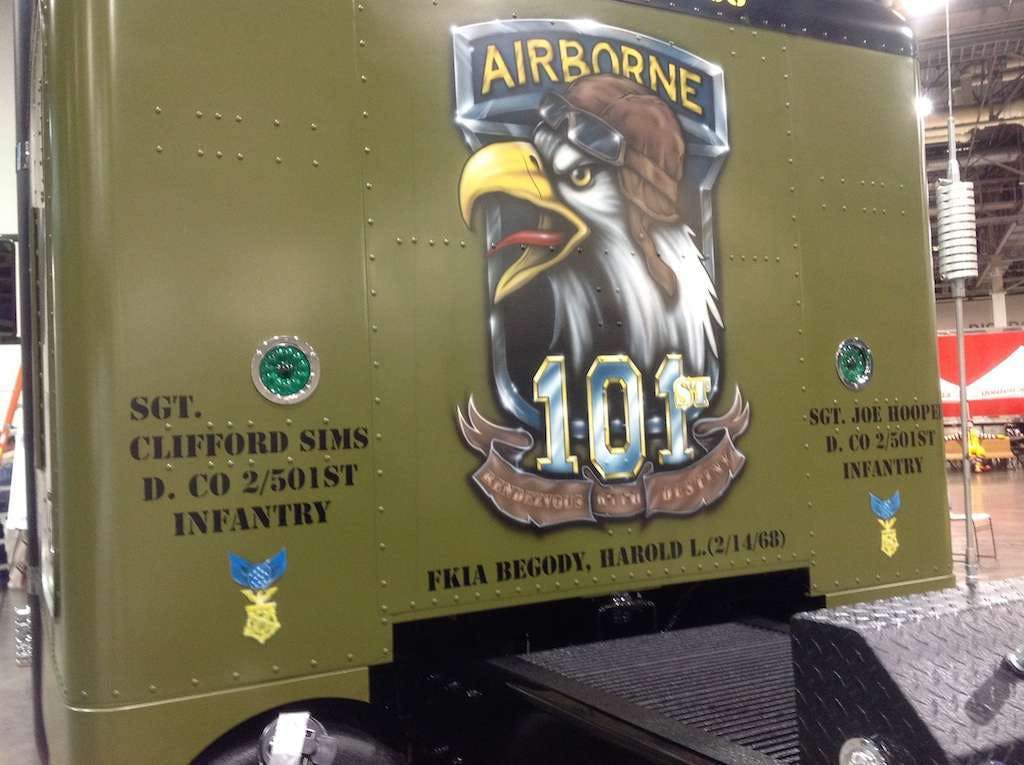 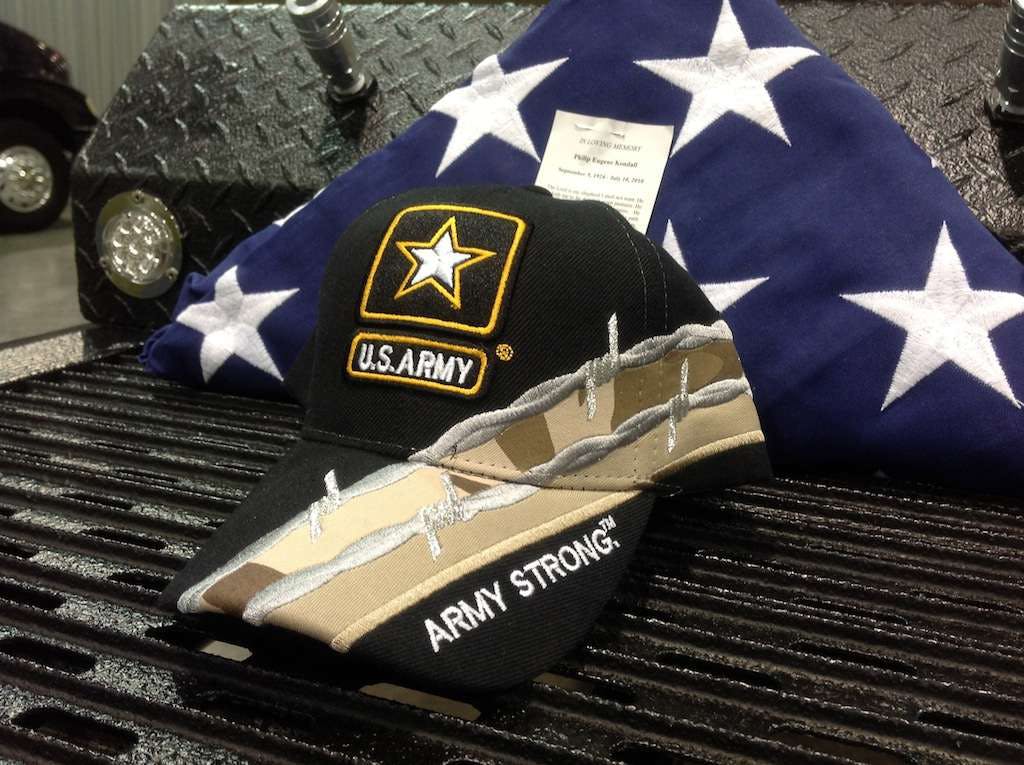 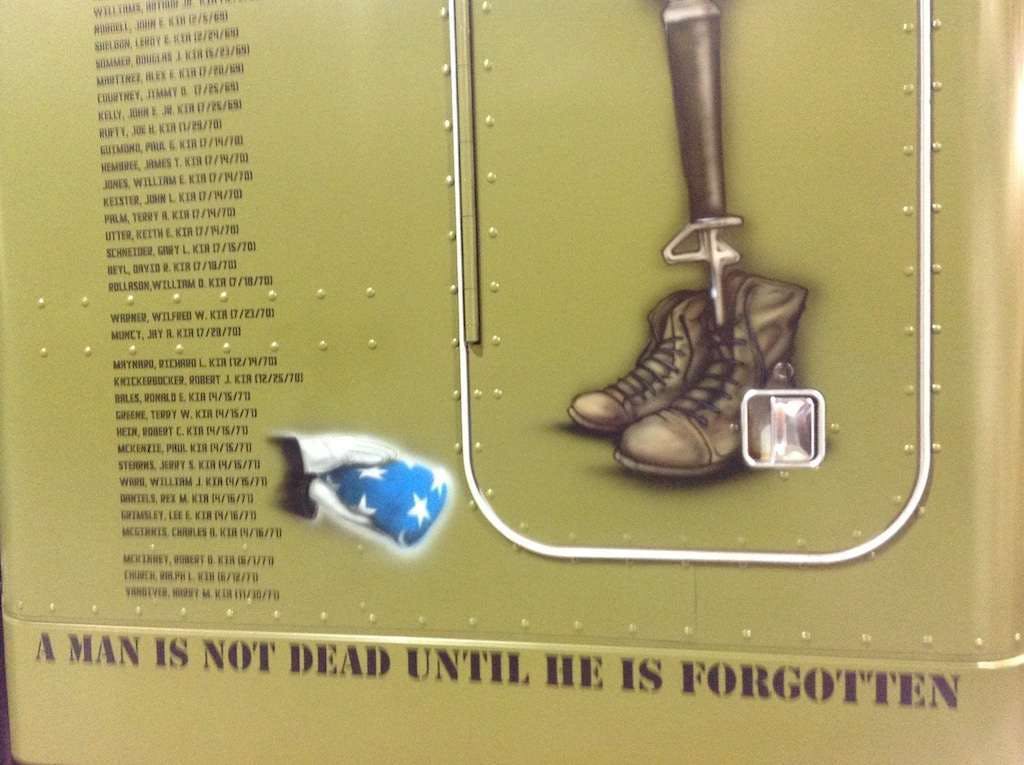 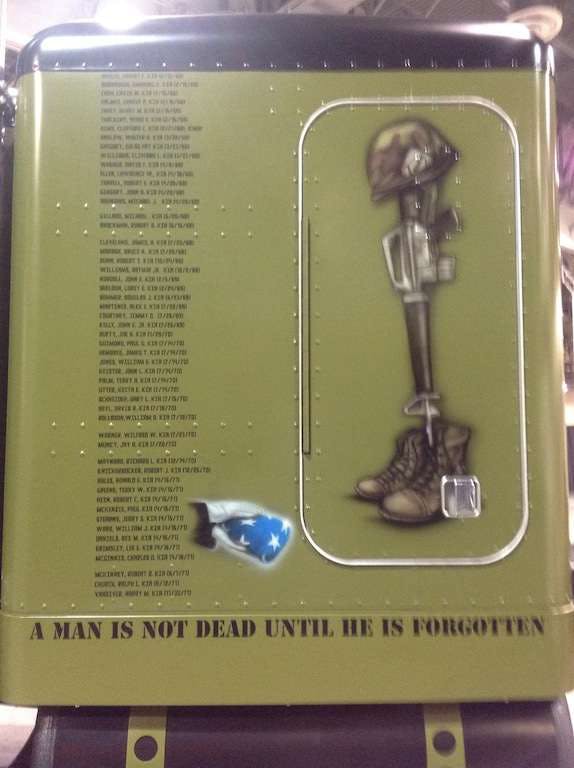 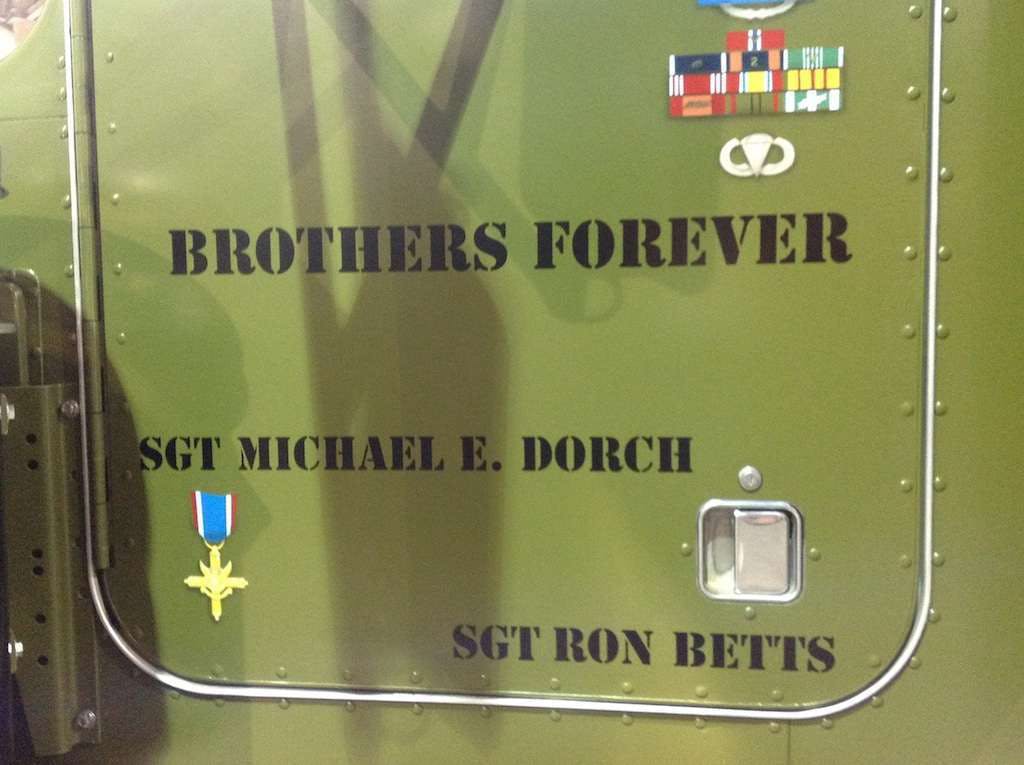 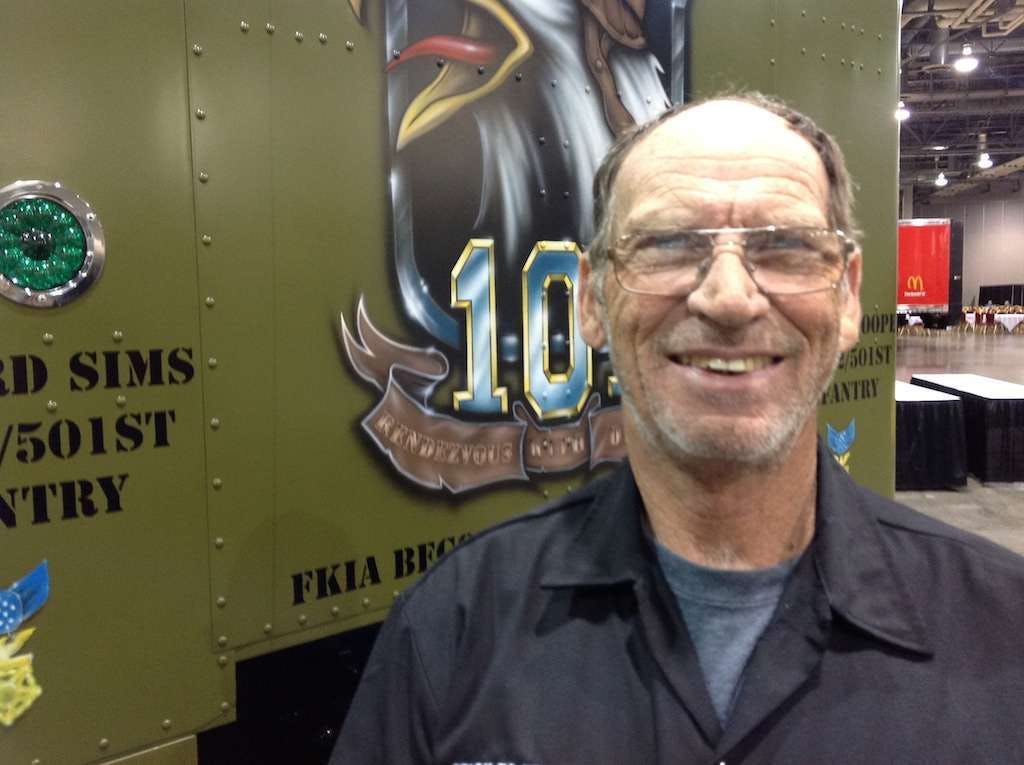 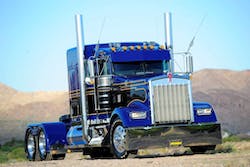 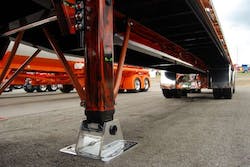 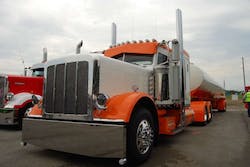 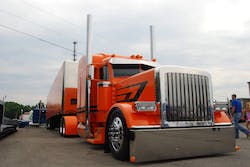