The big rigs were lined up 3-wide just outside the Kansas Speedway, and they were every bit as colorful and impressive as the NASCAR cars and trucks that race on the adjacent track – and much more practical. Appropriately, a hard-working grain hauler took home the President’s Choice award at the Heart of America Trucking Show’s Beauty Contest last weekend.

Other top prize winners were 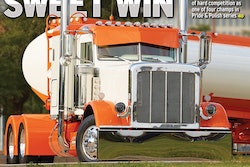 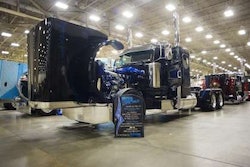 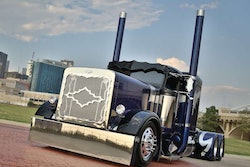