The crew out of Triple R Diesel’s Texas Chrome Shop hit the show circuit this week with its latest highly custom build, culminating more than a year-long venture that Texas Chrome’s Roland Mendez says “sets a new bar” for the company’s show rigs.

“Project TOC,” a 2000 Kenworth W900, rolled out of the company’s shop in San Antonio and into the Great American Trucking Show this week, where it’s competing in the Builders Class category against some of the country’s other top custom builds.

Mendez, VP of sales for Triple R and the creative brains behind Project TOC, says the shop set out to build a stand-apart custom rig.

“Every truck is different, but we wanted to try to raise the bar,” Mendez says. “We wanted it to have stuff no one has seen before,” he said, referencing the truck’s one-off painted steel bumpers, the truck’s array of “sunken” features and the ornamental filigree that runs throughout the rig’s paint scheme and metal parts.

Mendez is officially showing the truck at GATS, but the rig’s owned by horse hauler Omar Ruiz out of San Antonio, who turned the Kenworth over to Texas Chrome in mid-2015 for the custom rebuild.

Ruiz’ kids are the inspiration behind the name: T, O and C are the first letters of their names.

See photos of the rig below. The winners from the GATS Pride & Polish show will be announced Saturday morning. Texas Chrome has taken home several Pride & Polish Best of Shows in year’s past, including the Best of Show, Limited-Mileage Combo for its 2009 build “Project One.” 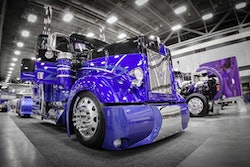 2016 GATS Best of Show winner, Builders Bobtail: The next ‘Project’ 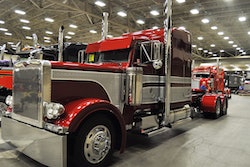 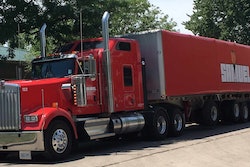