Under new master, Loadmaster comes back to life

After three decades of hiding in barns, a Chevrolet Loadmaster has come out in the open in a big way. The antique, owned by grain farmer Buddy Salyer of Marengo, Ohio, sports a coat of luscious green paint.

It’s one of several trucks competing in the Antique category of the PKY Truck Beauty Championship at the Mid-America Trucking Show in Louisville, Ky.

“This truck spent 15 years in Kansas inside a barn,” Salyer says. “Then a friend bought it, and it sat 15 years in his barn.”

Salyer, who bought it in 2012, says it has special meaning for him.

“My dad bought one in 1949, and he hauled coal in it,” he recalled, though he has no memory of the truck. “He had a picture of it, and it was this color green.”

Salyer’s friend Kevin Young, who has a drag racer, handled the rebuild. Salyer has no plans to put the truck to work on his farm, but Young says, “It’ll probably get a little Sunday work going to the race track.” 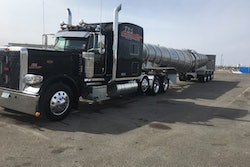 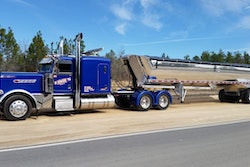 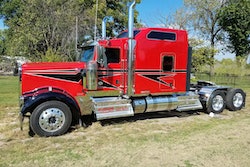