Chris Harkins owns this 1995 Western Star 4964F, which sports the original 460-hp Cummins N14 with 13-speed that, after 1.4 million miles, has never been overhauled. Everything on the truck is original, including the paint job, which may get a touch-up later this year. The only work on the truck was in the 66-inch sleeper where he added a flat screen TV, a mini fridge and a built-in dresser. Harkins and his wife, Kim Foley, bought the truck in 2003 for $18,000. It doesn’t run as a full-time work truck, but it does haul for the motorcycle transport side of Harkins’ fleet, CK5 Transport out of Sanbornton, New Hampshire, to major motorcycle rallies and events. 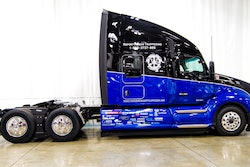 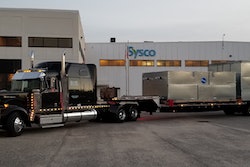 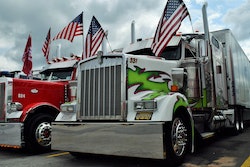 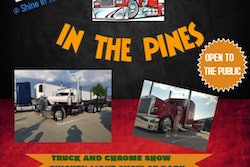 Shine in the Pines Truck Show slated for March in Dublin, Georgia