Ronnie Jordan, owner of Carrollton, Georgia-based Jordan Truck Sales, bought this 1957 Peterbilt 351 in October 2018 with the goal of tearing it down and rebuilding it to make it show truck quality.

As Jordan Truck Sales VP of Operations Rodney Griffin describes in the video above, Jordan bought the truck from a friend in Scottsboro, Alabama, who ran the truck for about eight years between Scottsboro and Houston. The truck then sat for about a year before they he bought it.

The rig is powered by a 430-hp Cat C12 with a Fuller 15-speed and 3:55 rears. It sits on a 308-inch wheelbase. As Griffin explains, they decided to put in the C12 because it would fit in the engine compartment without any additional cutting.

During the rebuild, Jordan and company tore it down to the frame, sandblasted the frame, added new fenders, tanks, step boxes, headache rack and new stacks, in addition to plenty of chrome.

The rig got its name, “Big Bird,” based on its bright yellow color.

The truck was on display at the Mid-America Trucking Show in Louisville in March as part of the PKY Truck Beauty Championship, where it earned a third-place trophy in the Antique Custom category. 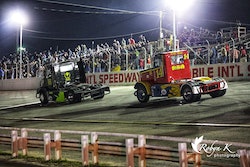 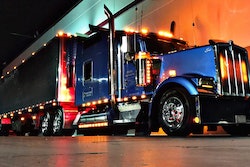 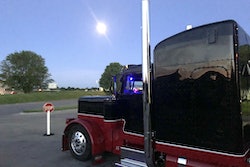 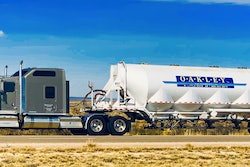