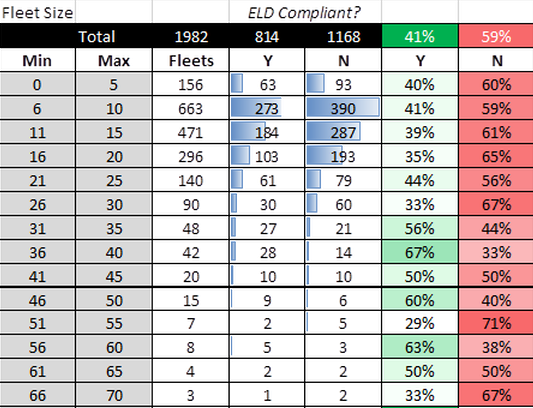 This chart from CarrierLists shows the ELD adoption rates of the carriers surveyed.

With just six weeks remaining before enforcement of the U.S. DOT’s electronic logging device begins, 60 percent of fleets running between 1 and 100 trucks have yet to adopt ELDs, according to a recent survey conducted by CarrierLists.

In sum, 1,982 carriers were surveyed, with most of the survey respondents running 40 trucks or fewer. Of the 156 carriers operating between 1 and 5 trucks, 93 (60 percent) have yet to adopt ELDs. That total, while potentially indicative of the small carrier adoption rate, is still a small sample of the hundreds of thousands of smaller carriers in operation.

The bulk of survey respondents operate between 6 and 25 trucks — 1,570 of the 1,982 surveyed. Their adoption rates hovered around 40 percent.

Recent Overdrive polling shows 26 percent of owner-operators are not ready for the December 18 compliance date, while just shy of 20 percent say they are already running ELDs or an automatic onboard recording device, which gives carriers an extra two years to comply fully with the mandate.

Nearly 14 percent of respondents to Overdrive‘s polling within the past week say they intend to quit or retire before the mandate takes effect. Seven percent say they don’t intend to comply until the April 1, 2018, out-of-service enforcement begins, accepting the risk of incurring violations, citations and/or the requisite fines for non-compliance in the meantime. 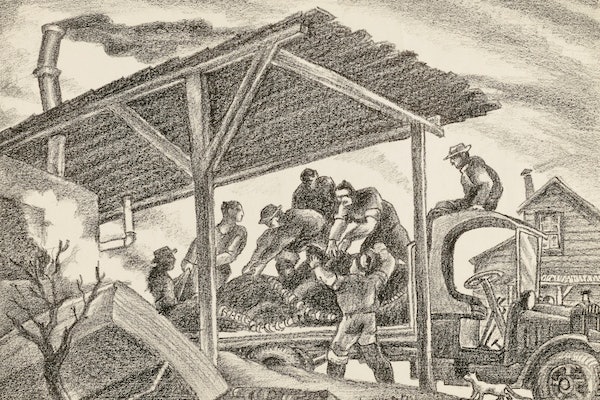 Louisianan Ted Daffan visited honky-tonks frequented by truck drivers to help write his 1939 hit "Truck Driver's Blues." Find more about what's believed to be the first national hit of a trucking song in this Songs of the Highway special-edition podcast.