Executives from one of the continent’s largest freight brokerages this week said that, so far, they haven’t noticed carriers hanging up the keys due to the electronic logging device mandate, as was predicted in the run-up to the mandate’s implementation. However, the productivity hit brought by the devices — and the surging freight market over the past year — have prompted it to bring on thousands of additional carriers.

There was “a lot of projection and speculation around what…percentage of trucks might exit the market or not renew their registration and whether 2 percent, 3 percent, 5 percent of capacity would leave the marketplace,” said C.H. Robinson CEO John Wiehoff, according to a transcript of the call published by Seeking Alpha. “We haven’t really seen any of that. We continue to have very healthy signup of new capacity, and we really, anecdotally, don’t know of much meaningful capacity leaving the marketplace.”

Robinson, a third-party logistics company, said it added about 4,400 new carriers in the second quarter alone, a 20 percent increase from the number it added in 2017’s second quarter. Those 4,400 carriers hauled 19,000 loads, the company said.

ELDs’ impact on trucking industry capacity, which has been at record-tight levels this year, has come more from one-day trips now taking two days, due to stricter adherence to hours of service regs. ““It’s really hard to quantify and to know what it is, but clearly a contributor to part of the current cycle and tight side of the supply,” said Wiehoff. 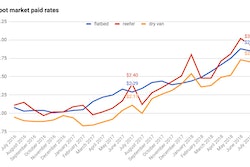 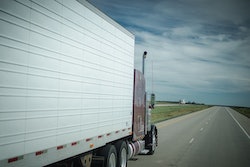