Used truck customers – including first-time buyers – will find qualifying for financing the easiest it’s been since the recession, say analysts and lenders. They’ll also find the trucks to be older and more expensive than they’ve been in recent years

A shortage of late-model trucks was brought on by a pre-buy in anticipation of new engine technology to meet the 2007 emission standards and, shortly after, the onset of the recession. These factors have pushed up used prices, says Chris Visser, senior analyst product manager for the National Automobile Dealers Association. NADA analyzes data from dealers, manufacturers and other sources.

Arrow Truck Sales in Atlanta is buying more trucks now than in recent years, due to demand, but low-mileage trucks are hard to find, says Sales Manager Dusty Davis.

A 2006 or 2007 model Freightliner with an ’06 Detroit Diesel engine runs about $38,000 on his lot. With Peterbilts and Kenworths, comparable prices run a few thousand more, says Davis. For now, though, he says, pricing has reached a plateau.

The low build rate in 2008 and 2009 still contributes to the shortage of low-mileage trucks on the market, Visser says, though demand will probably increase after the election. For now, “The market has such a high demand for lower mileage trucks, people are buying what they can get.”

Eddie Walker, owner of Best Used Trucks in Fort Worth, Texas, and senior adviser to the Used Truck Association, says by today’s standards a low-mileage truck is “somewhere in the 600,000-mile range – that’s a decent truck now.” In the early 2000s “a low-mileage truck was around 250 to 300,000.”

Prices for trucks that have about 650,000 miles are similar to Arrow’s Atlanta lot – “upper 30s, low 40s,” says Walker. “That’s for Freightliner. If it’s a Peterbilt or Kenworth, we’re talking a good bit more.”

He warns against letting emotion instead of good business sense determine truck choice.

“Some buyers see a nice shiny truck on the lot and then think they’re movie stars and that they’ve got to have it. Then they’ve got $2,500 or $3,000 a month payments on it, and they’ve got to work all day every day to make the payment. The truck works him instead of the other way around.”

However, today’s typical owner-operator buyer is more educated about truck buying, Walker says: “He’s buying an aerodynamic truck that gets good fuel mileage instead of hopping over to something flashy.” 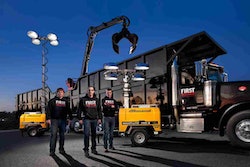 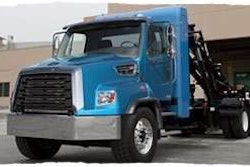 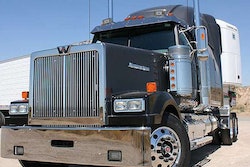 A legacy lives on