Pertaining to new regulations handed down last month by the FDA for food haulers, shippers will now be in charge of setting cleanliness guidelines for truckers and their equipment and could turn trucks away without loads if they fail to meet previously agreed to requirements, says one transportation focused lawyer.

Rob Moseley of transportation firm Smith Moore Leatherwood offered a few insights into the new regulations in a May 11 webinar held for shippers, brokers and carriers.

As previously reported by Overdrive, the April 6, 2017-effective rules require shippers to develop standards for food shipments that fall under the regs, which include foods meant for consumption in the U.S., unenclosed food like produce and temperature-controlled food.

“Shippers are in control of the process, there’s no question about that,” Moseley said. “They’re in control of how their goods are to be transported. And the consignee or receiver is tasked with making sure those protocols set by the shipper have been met.”

Likely the key takeaway from the new regulations for food hauling carriers is to have clean, well kept equipment, Moseley said. “This may mean that trailers need work,” he said. “If they’re leaking with rain from the roof, or if roadwater is coming into the trailer from the floor, you may need to make some changes,” he said. Small holes, debris, vermon droppings or trailers that smell bad will likely also give shippers pause under the new rules, Moseley said, and should be taken care of. 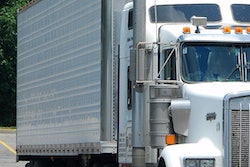 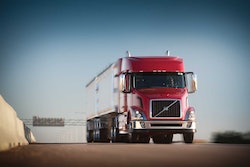