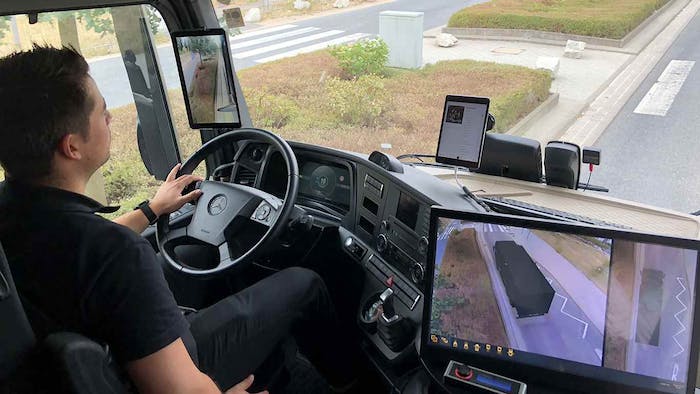 Previewing technologies that it says lay the foundation for autonomous trucks, Continental last week offered a peak into the world of its research and development efforts around next-gen truck tech.

The German-based tire and component supplier provided a two-day preview in Frankfurt, Germany, of systems it plans to more fully debut later this year at the IAA Commercial Vehicle show in Hannover, Germany. Some of the platforms are ready for deployment in Europe in the coming years. Others are still in development, slated for implementation in the coming decade.

One such system previewed by the company, the Dynamic eHorizon platform, uses multiple streams of real-time data to see the miles of highway ahead and detect looming congestion or other events. Though still in development, the system could underpin highly automated trucks in the coming years, says Continental’s Raimund Varnhagen, head of the eHorizon group. “If trucks could get real-time information on the road ahead, if they could see traffic jams, accidents, roadwork, slippery roads before they come, the vehicle could prepare its speed and coasting according to the topology and conditions,” he said.

In the meantime, as the system is deployed in non-autonomous vehicles, it could help fleets reduce brake wear, cut fuel use and avoid collisions via its coasting and braking functions, he says.

Continental didn’t say when the system would come to market, but early versions of the eHorizon have been in use in Europe since 2016. In that time, says Varnhagen, European fleets have saved about a billion Euros in fuel costs.

For more details on the eHorizon system and other platforms demoed by the company, see Overdrive sister site CCJ‘s coverage at this link. 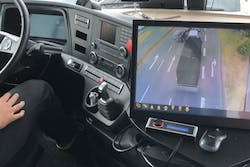 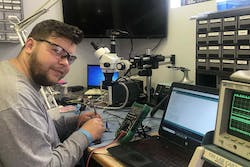 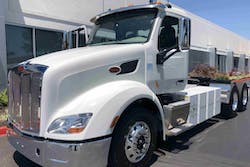 A look at Peterbilt’s electric 579 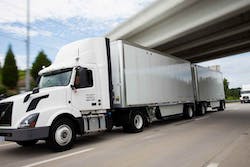