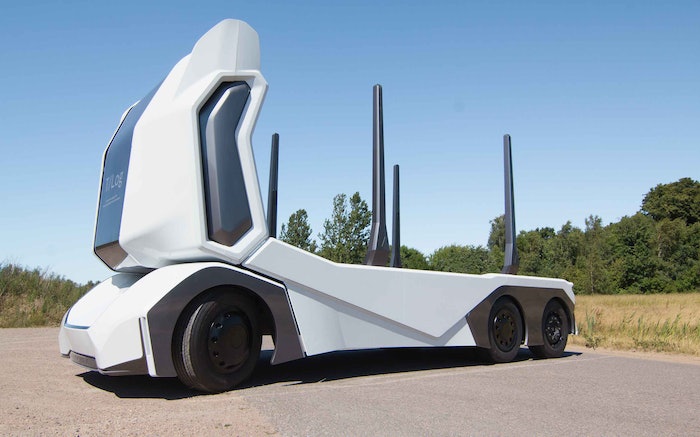 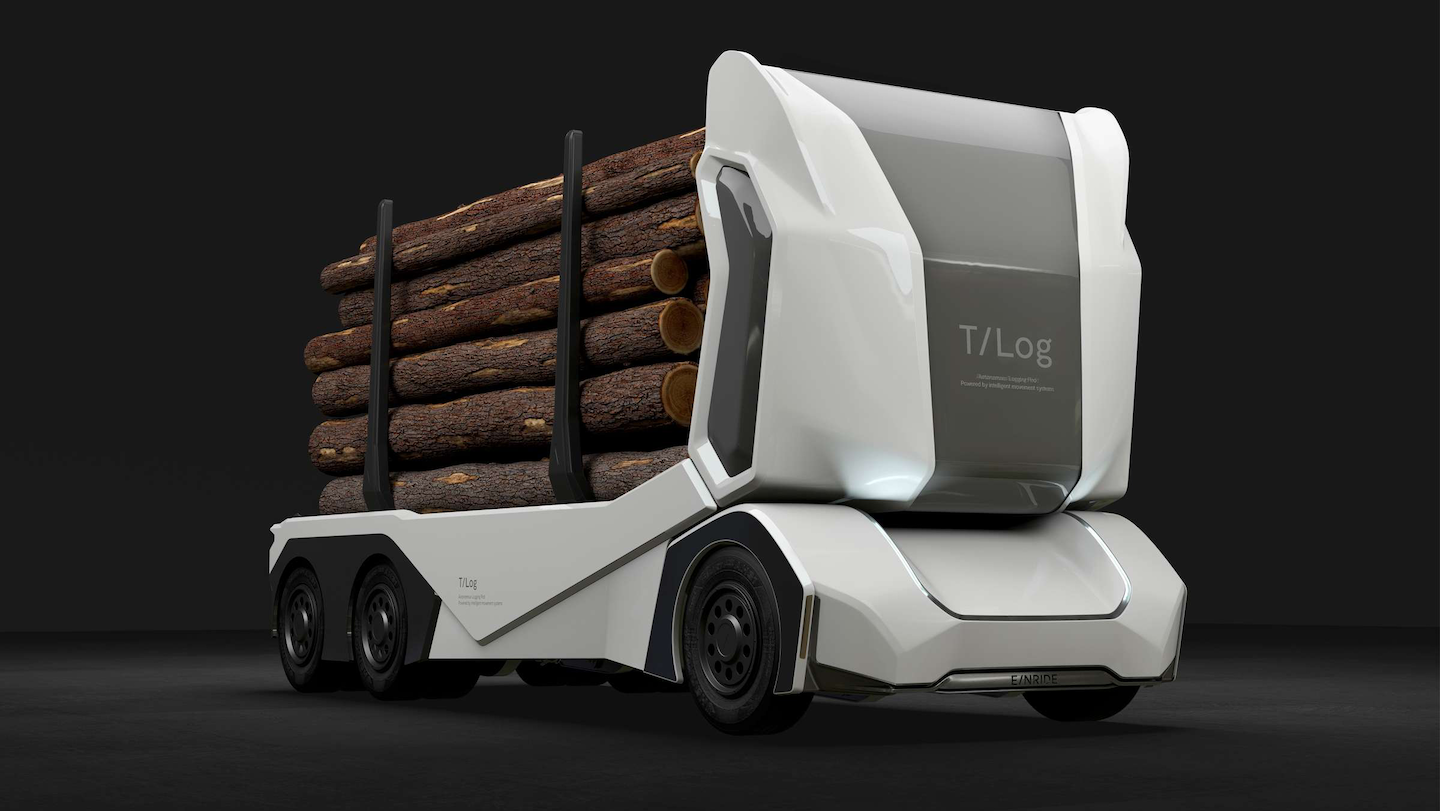 Swedish tech start-up Einride revealed a fully autonomous, all-electric logging truck last week at the Goodwood Festival of Speed in England. The truck doesn’t have a driver’s cab and is remote-controlled by a human operator from hundreds of miles away using Phantom Auto teleoperation technology.

“With the T-log, we’ve created a vehicle that can withstand the rigors of a demanding environment. It is uncharted territory for us, but also an enormous market for battery-powered AVs,” says Einride CEO Robert Falck.

“The driver’s cab is what makes trucks expensive to produce, and having a driver in the cabin is what makes them expensive to operate,” he says. “Remove the cabin and replace the driver with an operator who can monitor and remote-control several vehicles at once and costs can be reduced significantly. In addition, operating a vehicle from a distance allows for a much better working environment, as has already been demonstrated in industries like mining.”

Equipped with cameras and both lidar and radar, the truck has 360-degree awareness of its surroundings with no blind spots, no dead angles.

The truck’s 300 kWh battery capacity provides a range of 120 miles, the company says, with a carrying capacity of 16 tons.