Winter weather takes a lot of blame for battery failures, but the damage caused by hot-weather driving is often the primary culprit. Battery wear can go undetected for months, but routine checks can head off potential failures.

“Generally, more damage is done to the battery during the summer,” says Patrick McLaughlin, Exide Technologies product manager. “However, it may not be noticeable until the colder months, when the battery needs to work harder.”

Lead acid batteries, which are common, have a higher discharge rate in elevated temperatures because the evaporation of electrolytes is accelerated, shortening service life. Many operators running trucks with auxiliary power units and other amenities have migrated to absorbed glass mat batteries, which feature both high cranking and deep-cycle power. They also are not susceptible to electrolyte loss.

“The electrolyte is absorbed by a very fine fiberglass mat, and the unit is sealed, eliminating the damage that can be caused from loss of electrolyte,” says Alan Kohler, a marketing manager for EnerSys. “Sealed batteries don’t openly vent, therefore they do not dry out.”

“If your cab is decked out with extra plug-ins and appliances, or if you are running AC when parked in a hot climate, the AGM is probably the best choice,” adds Interstate Batteries’ Bob Gruenstern, a quality director.

The leading cause of failure in cranking batteries is the degradation of the positive-grid current collectors inside each cell. Lead acid batteries use an oxidation-reduction reaction, which Gruenstern says oxidizes the positive grids as the battery charges. “Temperature is an accelerator to this corrosion process,” he says.

Even though a truck’s batteries operate nearly every major component on the vehicle, routine testing often is overlooked, Gruenstern says. “Optimally, you should inspect and test batteries regularly with every scheduled preventive maintenance inspection, and charge the batteries if they are low,” he says. “Do not rely on the alternator to do the charging. Over time, this can cause alternator stress, resulting in a premature alternator failure.”

The first step of a battery check, Gruenstern says, is to look over its connections and clean the posts. In some cases, battery acid level can be adjusted if necessary with distilled water. Also, inspect the battery’s securement to the truck; vibration can damage a battery if the hold-down hardware is loose or missing.

A basic quick battery check starts with voltage. McLaughlin says for most 12-volt batteries, trucks require a 75-percent state of charge – 12.4 volts – to turn over the engine.

Gruenstern says a good battery tester will check for other hidden signs of trouble beyond just checking the battery’s open circuit voltage to verify the battery is being charged properly. He suggests choosing a battery tester that also gives a reading of starting capability.

“It is best to check each battery individually, not in a series,” Kohler says. “This will indicate if one specific battery is having more of a problem than another.”

For “hard starts” or shorter runs with hotel loads, it’s a good idea to test the battery pack, says Jackie LeFort, a senior product director for Paccar Parts. She says the test should examine:

Most starting batteries in trucks leaving the factory feature 650 or 700 cold cranking amps unless spec’d otherwise. For trucks that usually run in a hot environment, McLaughlin suggests a lower CCA.

“Flooded batteries with a lower CCA usually have thicker or less plates that can hold a charge for longer periods,” he says. “With less plates than a higher CCA battery, the additional acid in the case allows for better cooling properties.”

Gruenstern says a common misperception is that more CCA is always better. In reality, it doesn’t pay to select the highest CCA-rated battery unless the truck manufacturer specifies it or if the truck operates in very cold climates.

“A lower CCA-rated battery can perform better in hot climes because there is greater electrolyte volume,” he says. 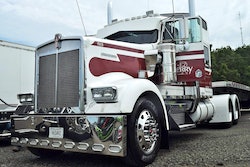 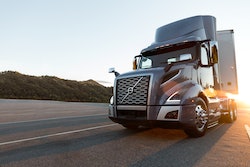 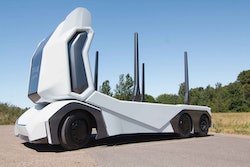