Longtime owner-operator Bill Ater reached out early this month with a concern around parts availability for his 2000 Freightliner FLD, powered by a Series 60 Detroit motor. While he'd not seen particularly severe difficulty in that regard, he was "having trouble finding parts at times," he said, and worried about having to tap a "last resort" in various salvage yards. "Sure glad I have an older truck and trailer."

Among items Ontario, Canada-based L.F. Mattice Farms and Trucking has been having difficulty procuring include some specific to those more late-model power units than owner-operator Ater's 2000 model: "NOx sensors and DPF/exhaust gaskets/clamps are unattainable," Brent Edmonson told Overdrive sister publication CCJ. Edmonson's a tech with the fleet's shop. "Dealers called the fleet shop I’m at begging to buy ours back in the spring. Filters have especially been hard to come by."

Other items are common across most any age of truck. "Every day we realize something else is hard or impossible to get," Edmonson added. "Bulk 10w30 [engine oil] isn’t currently available in our area, and barrels or pails are about a month wait."

Edmonson noted he had to wait a week for 18-inch brake chambers, and several weeks for stainless flange covers for taillights.

Supply chain and building material constraints have hampered new truck builds for much of the year, as has been previously reported, but a similar effect is also being felt by owner-ops and carriers who simply want to service the truck or trucks they already have.

[Related: Some signs of improvement in manufacturing delays as truck orders continue surge]

Volatility in steel and rubber prices has impacted the availability of tires and forged parts like blocks and housings, and lead times for parts that used to be a few days can drag on for weeks.

Edmonson suspects parts sourcing in Canada has been at least marginally more difficult than it has in the States, especially for carriers who have the ability (and forethought) to place orders in advance. For owner-operators in Overdrive's audience, service delays, meanwhile, appear to be the rule this year. 85% reported experiencing at least some delay, as results from recent polling show.

An owner-operator commenting under the poll item here at Overdrive noted something as simple as a gasket "took me most of a day to find." In his experience, it's "normally a stock item. Cummins was completely out of these and they were on back order. I called around to, say, six different shops and finally found one at a local Peterbilt dealer and was able to do the repair in my driveway."

Owner-operator Ater, meanwhile, sourced "four shocks for my trailer" from "three different stores," he said. It's been "the same with the air bags – two different suppliers to get 4 bags."

[Related: Emissions maintenance: Getting the correct diagnosis/repair the first time]

The longer supply-chain issues continue, though, that could change at any moment. There's evidence that parts source of last resort, too, has been tapped by many a truck owner this year. "Vehicle owners are turning over every stone they can find looking for parts to keep their trucks on the road," wrote Lucas Deal, editor of Overdrive sister publication Trucks, Parts, Service, covering dealers and independent repair markets among other areas.

That's been very good news for the salvage market. "Over the last few months has started to receive an uptick in sales and customer inquiries of many common (and not so common) used and rebuilt aftermarket parts," Deal summed up the situation in his story. Read his take with views from two shop owners via this link.

CCJ Editor Jason Cannon's report on service back-ups for fleets large and small you can find via this link. 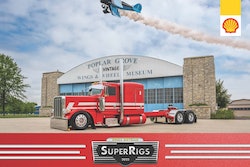 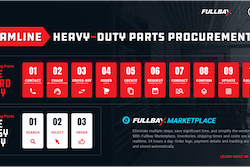