Biden calls for stricter emissions regs on trucks, cars within the decade

For medium- and heavy-duty trucks, specifically, Biden asks the EPA to establish new greenhouse gas emissions standards for heavy-duty engines and vehicles to begin as soon as model year 2030, along with new fuel efficiency standards for the same model year. Biden requests that EPA have a rulemaking with new GHG standards finalized no later than July 2024.

The order also requests that the EPA begin working on a rulemaking under the Clean Air Act to establish new oxides for nitrogen standards for heavy-duty engines and vehicles beginning with model year 2027 and extending through and including at least model year 2030. This includes the EPA potentially updating the existing greenhouse gas emissions standards for heavy-duty trucks though at least 2029.

Biden wants EPA to publish a proposed rulemaking for new NOx standards by January 2022 and a final rule by December 2022.

The governors of Minnesota, Nebraska and Texas have each declared emergencies in their respective states, suspending hours of service regulations for certain truck drivers engaged in, variously, fuel-hauling and intermodal operations.

In Minnesota, Gov. Tim Walz issued an emergency declaration suspending hours of service regs for haulers transporting gasoline, diesel, fuel oil, ethanol and biodiesel. Truck drivers providing direct assistance to the shortage of fuel in the state can operate under the waiver.

“Fuel terminals across the state, including those at Mankato, Marshall, Sauk Center, Alexandria, St. Paul Park, Wrenshall, and East Grand Forks, have experienced shortages or outages of products, including gasoline, diesel, fuel oil, ethanol, and biodiesel,” Walz said in the order. “Drivers have experienced exceptionally long wait times due to increased demand at fuel terminals that do have the necessary supply.”

Minnesota’s order is effective through Sept. 5.

Nebraska Gov. Pete Ricketts cited several Midwestern states experiencing gasoline shortages “due to refineries shut down for maintenance and issues with transition from winter gasoline to summer gasoline” in his order.

The temporary waiver in Nebraska applies to drivers transporting gasoline and gasoline blends. The order is in effect through Aug. 31.

“This emergency declaration is in response to the need to move essential goods out of the Port of Houston due to a backlog of intermodal containers that was caused by internal problems at the port,” Abbott said in the declaration, adding that, “the lack of movement is causing an economic hardship to the state, and operations at the port are causing a backup of drivers and trucks attempting to move products into and out of the Port of Houston.”

The order in Texas is set to expire Sept. 5.

The Federal Motor Carrier Safety Administration is requesting that medical examiners, by Sept. 30, submit results of physical qualification exams conducted during the outage of the National Registry of Certified Medical Examiners that lasted from Dec. 1, 2017, through Aug. 13, 2018.

During the outage, FMCSA encouraged MEs to continue conducting physicals and instructed them to submit examination results to the National Registry when upload functionality was restored. The upload functionality was fully restored on Aug. 13, 2018, but FMCSA says, “a significant number of healthcare professionals have not uploaded the results from examinations conducted during the National Registry outage.” 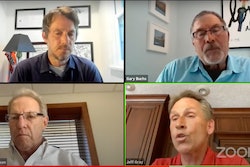 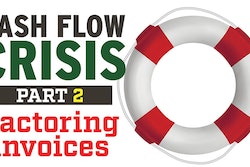 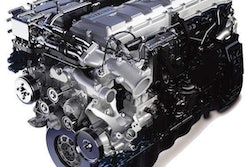