Last week, during which the Commercial Vehicle Safety Alliance's annual Roadcheck inspection blitz was ongoing, the total number of loads posted on the DAT One load board network increased 23%, while the number of posted trucks plunged 16% compared to the previous week.

A market to watch, DAT noted, was dry van capacity in the Southeast, as reefer carriers that move van freight in the winter and spring shift to hauling produce. Reefer and van load-to-truck ratios are beginning to build in central Florida, Georgia, South Carolina, and North Carolina.

Used Class 8 retail sales volumes in April were 24% lower month-over-month, according to data published by ACT Research, and down 40% year-over-year. The publication follows preliminary results for April that showed similar trends.

Average prices slid 1% compared to March, but trucks were still 75% more expensive than April 2021. Average miles and age were up slightly (+3% and +4%, respectively) from March, with miles up 6% year-over-year and age 7% higher than last April.

"Waning April new truck sales portend more weakness ahead in the secondary market, though March’s uptick has yet to make its way through the inventory maze,” Tam added. “The April deficit marks the tenth straight month of shrinking year-over-year sales, which have been hamstrung by the curtailed flow of units into used truck inventory. A peek ahead at near-term expectations suggests sales are usually below average in May, then return to normal in June and July before picking up in August.”

OEMs would love to boost new truck production and sales, which Tam said would presumably benefit the used truck market, "[but] the relief they seek on the supply-chain front has proven elusive," he said. Also, he added, inflation is taking a toll on consumer confidence and spending.

"While the spot freight markets have borne the brunt of the initial slowing, contract markets are not expected to escape unscathed," Tam added. "Collectively, lower demand for trucks at the same time capacity additions are still occurring are having the predicted and understandable effect of driving prices for both freight hauling and used trucks lower.”

The Truckload Carriers Association has named truck driver Christopher Hight, from Mesa, Arizona, a Highway Angel for rescuing a trapped mother and her baby following an accident with an 18-wheeler. Hight drives for Melton Truck Lines, based in Tulsa, Oklahoma.

Last fall, Hight was driving late one afternoon on Highway 35 in Texas between Laredo and Dallas when, suddenly, he noticed a truck strike the back of a car ahead of him. There was a tire in the road, and Hight believed the car swerved to miss the tire but veered into the truck’s lane.

“I saw a big ball of dust, and when it cleared, I saw a car that was smashed completely,” Hight said. He safely pulled his truck over to the shoulder to offer assistance, and the truck what was hit also stopped. Hight recalled that the fellow truck driver was able to maneuver out of his cab as he suffered no injuries. The car that was hit by the truck had extensive damage in the rear of the car.

“The trunk was actually pushed up against the driver’s seat,” said Hight. “Inside all that, there was a baby.”

Hight said the driver, the baby’s mother, suffered some injuries but was able to climb out of the car once Hight peeled back pieces of metal. She was screaming, adamant about that status of her baby boy in the back seat.

“I jumped over there and started trying to get the baby out,” said Hight. “We started peeling the metal back and stuff off the roof and all around.”

After what seemed like hours, Hight and another bystander were able to retrieve the baby from the car and place him into the arms of his mother. The only visible injury to the child was a bloody lip. When the mother held up the child to show the truck driver that he was OK, "the driver fell down on his knees and started crying, and I started crying,” Hight added. “When it comes to kids getting hurt, I just can’t deal with it.”

Hight is the father of six children and had been driving a truck for around eight months when the accident took place.

“They needed help,” Hight said about why he stopped. “I hope someone helps me if something happens with me.”

TCA has presented him with a certificate, patches, lapel pin, and truck decals. Melton Truck Lines also received a letter acknowledging their driver as a Highway Angel. 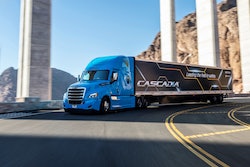 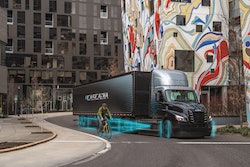 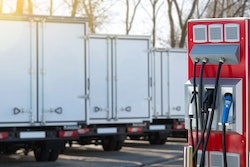 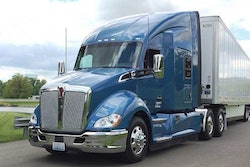