Finalist Jessica Samko: ‘I think a smile can make everyone look beautiful’

I think honestly it’s an overall thing. It’s not just the outside. You know—if you have a friendly, positive attitude and you present yourself well, looking clean and professional. And I think the key is to smile. I think a smile can make everyone look beautiful.

Even before Jessica Samko became a truck driver, she had a tendency to stand out. Whether it was through riding motorcycles or attending rock concerts, she always found a way to show her independent streak.

“I love going to rock concerts. I love rock—I love the energy it gives me—but sometimes I don’t look like I fit in there either,” she said with a laugh. “Most of them have mohawks or 90 percent of their body covered in tattoos, and I’m just there on the side.” Luckily, standing out has never bothered her, Samko said.

In fact, it was the same adventurous spirit that drew Samko to rock music that also led her to trucking. When she was younger, Samko dreamed of working on a cruise ship and traveling the world. But a few years later, when she fell in love with a truck driver, she started wondering if she was destined to see the world from the cab of a big rig rather than the bow of a ship. Now she can’t imagine doing anything else.

“It’s the best of both worlds,” Samko said. “I get to see the country, I get to do a job that I love, and now I get to see everything with my boyfriend.”

Overdrive: What made you decide to enter Overdrive’s Most Beautiful contest?

Samko: Actually, my fiancé entered me in the contest without me knowing about it. He told me about it after. But I wasn’t mad at all—I thought it was an awesome idea. At first I was afraid that people might think I was being conceited, and I didn’t want people to get the wrong impression. But I think it’s really a great idea to let people know that there are a lot of beautiful women that drive trucks.

Samko: They were super excited—my mom actually put together a little barbeque to celebrate. So yeah, they were stoked.

Samko: I think honestly it’s an overall thing. It’s not just the outside. You know—if you have a friendly, positive attitude and you present yourself well, looking clean and professional. And I think the key is to smile. I think a smile can make everyone look beautiful.

Overdrive: What do you like about the way you look?

Samko: I guess if I had to answer, I guess I’d say my smile. I’m always smiling. I’ve gotten compliments on it too.

Overdrive: Would you say there is a sisterhood in trucking?

Samko: I’ve met the women from the contest, but pretty much that’s it. I don’t know anyone else. I’m sure there is with other women, but I’ve just never had the chance to meet anyone yet. We went to a Landstar event that they were having in Florida back in January, but most of the women that I met were wives—I didn’t meet any actual drivers.

Samko: I don’t look at it as much different than men. I think we all get the job done and we’re all in it for the same reason. We all support families and ourselves with it. Women stand out a little more, of course, but there’s really no difference to me personally.

Samko: There’s definitely some unwanted attention at times. I’ve had some creepy stories where I’ve been followed and stuff like that. When I come to California, a lot of times I’ll walk to the mall—it’s in walking distance. There was one time when I went and walked around for a couple of hours, and then I stopped to get something to eat. And a guy sat next to me and said, ‘So I see you work for Landstar.’ And I was like, ‘Did you actually watch me get out of the truck and follow me to the mall and follow me around the mall?’

Overdrive: Looking back, is there anything you wish you had known when you started driving?

Samko: I’m an animal lover—I have my two dogs in the truck with me—and it breaks my heart to see all the dead animals on the side of the highway and all the stray dogs at truck stops and along the roadway. I was really unprepared for that.

Overdrive: Is there anything you wish you could fix about the trucking industry?

Samko: Since I run teams, I think we should be able to break up our 11 hours of driving. Because when we sleep, the wheels are still rolling, so we hit bumpy roads and stop-and go traffic. Sometimes it’s really impossible to actually sleep eight hours straight. So I think we should be able to break it up and switch. I think the 11 hours is a good rule with 10 hours in the bunk, but maybe if we could split it in half and do five hours here and five hours there.

Samko: The job’s not for everyone, but it’s not that bad. I mean really, truck stop showers aren’t that bad. (That’s always what people ask me about.) But with everything you get to see—I love it. I love what I do, and I don’t think many people can say that.

Jessica Samko is just one of the 10 women selected for the Overdrive’s Most Beautiful top 10 list. Read about the other top 10 candidates as well as all the other submissions by visiting this link. 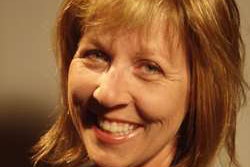 Finalist Karen Moore: ‘If you have beauty in your heart, the rest doesn’t matter’ 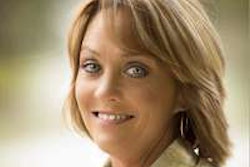 Finalist Ingrid Brown: ‘I work on myself from the inside out’ 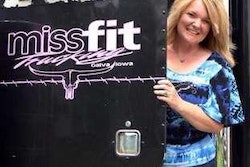 Winner Maggie Stone: ‘I take pride in what I do’ 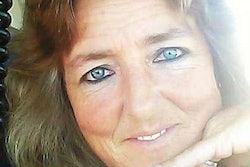 Finalist Lisa McAlpine: ‘I have diesel in my blood’