U.S. House members have approved a measure that would extend hours-of-service exemptions for propane and home heating fuel haulers to May 31.

When the bill was introduced Feb. 25, regional exemptions existed for 36 midwest, western and eastern states, as well as the District of Columbia.

Since then, governors in 15 of those states have asked for extensions. South Dakota, Delaware, Indiana, Massachusetts, New Hampshire, New Jersey, New York, Pennsylvania, and Vermont have active exemptions until March 15.

The bill would allow Secretary of Transportation Anthony Foxx to end the extension if the propane crisis is resolved before May 31. Foxx would be required to consult with governors in affected states and lift the waivers on a state-by-state basis.

Senate passes bill to exempt propane haulers from hours reg to May 31, bill goes to president 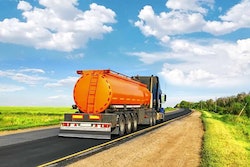 Hours of service exemptions for propane haulers extended to March 1