Alabama’s ‘Christmas in Dixie’: Song No. 7

Continuing on the countdown of Overdrive readers’ voted best Christmas songs of all time (click here for No. 8, Keith Harling’s “Santa’s Got a Semi”), we have another country-pop gem: Alabama’s 1982-released “Christmas in Dixie,” a celebration as much of Christmas in the South as throughout the nation — and including the band’s own Merry Christmas wish from their Fort Payne, Ala., hometown.

No. 7 in the countdown garnered around 9 percent of the overall vote.

Christmas classic at No. 6 in songs countdown 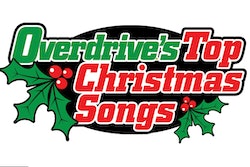